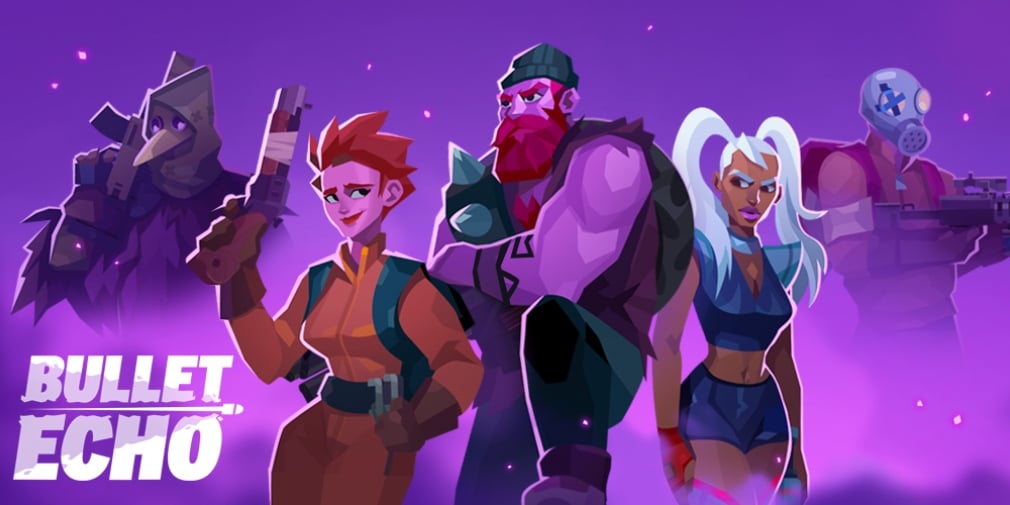 Strange to think that we’re heading into June and the longest day of the year, when so little has happened – no big movies, no sporting events, no major gigs. Of course, the mobile gaming world is fairly pandemic-proof, so we’ve had plenty to keep us occupied. Lucky us.

This week sees the arrival of a handful of real gems – so many that we couldn’t cover them all, so we’ve created a new bonus material section to manage the overflow.

There are some terrific sales, too. Read on to find out more.

Brought to you by ZeptoLab, the studio that created the casual behemoth Cut the Rope as well as the highly acclaimed CATS (not the movie), Bullet Echo is a top-down tactical action game on which you rely on sound because your vision is limited.

Sequel to the popular Soda Dungeon, Soda Dungeon 2 sees you playing as a tavern keeper whose business lies close to a dungeon. Your goal is to raid this dungeon with your patrons, thus earning loot with which to attract even tougher patrons, and so on.

Another sequel to a fun, surreal casual game, Super Fowlst 2 is a sprawliing platformer with an all-new body slam move, an upgradeable inventory, and a chicken.

Whipseey, which is already out PC and consoles, is a retro platformer with a star that looks suspiciously similar to Kirby. This character has a whip, however. The reviews are mixed, but Whipseey is cheap and authentic.

As well as the games we found time to write about, there were a few more that caught our attention in passing. Check these ones out too.

A gorgeous logic puzzler with a colorful technical drawing aesthetic, from the publisher of Vikings II, which came out last week.

WarQuest: Game of the Gods

WarQuest: Game of the Gods is a generic-looking fantasy gamebook, but it’s also absolutely impeccable.

PixelBite is running a sale on two of its best games. Space Marshals is a rad top-down sci-fi western, and Reckless Racing 3 is a top-down drift racer. Both games are available right now for 99c.

Team 17 is holding a sale on its entire catalogue. That’s three Escapist games, two Worms games, Penariam, Sheltered, and Flockers, all available for between 25% and 50% of their original prices.

It’s not entirely clear whether this is a limited time sale or a permanent price drop, but it now costs just 99c to unlock Horizon Chase – World Tour in its entirety.