You may or may not remember back in August when Mojang put up a limited edition Minecraft themed Xperia Play for sale on eBay. By the time the auction was over it had sold for a ridiculous $1525 although all the proceeds were given to a charity of Mojang’s choice. Well another one has appeared on eBay.

However this time it is by a different seller than Mojang. At first we thought that this might be just someone who copied the design of the skin and decided to sell it on eBay as an official version of the Xperia Play like the one sold back in August. Taking a closer look at the photos though reveals a booklet with Minecraft graphics on it that comes with the device also from Sony Ericsson / Mojang, all the proper branding and it is completely new. 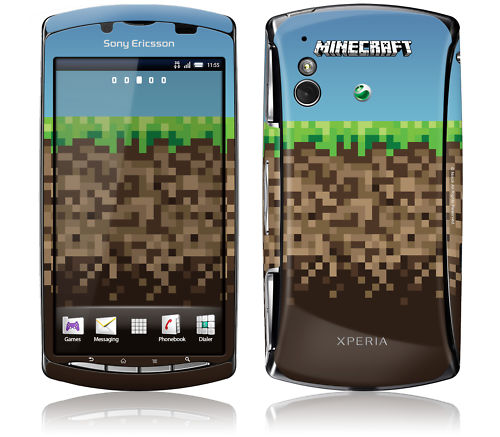 We are not sure how this seller on eBay got their hands on this one but it looks to be the real deal. Perhaps this is the person who won the original auction and has decided to resell it. Either way there happens to be 7 days left on the auction which is sitting at $209.50 as a price for this limited edition Minecraft Xperia Play. We have contacted Mojang in order to find out if this is truly an official Minecraft Xperia Play or if it’s just a clone, although it does look pretty official to us. We will update everyone when we hear back from them. Check out the gallery below for all the images.

Thanks to Fredgerd for the heads up!