Seems EA Mobile has another title they are planning to release onto the Android Market this holiday season. First it was the much anticipated Need for Speed: Shift followed by The Sims 3. Both games were exclusive on certain Android devices until last week when they landed on the Market. Next seems to be Monopoly.

EA Mobile hinted at the upcoming Monopoly release for Android in a tweet talking about games for Android this holiday season. Pictured in the image is the icon for NFS:S, The Sims 3 and Monopoly. It isn’t the Tycoon or World Editions judging by the icon pictured, but you never know.

If it follows the other mobile versions of this game, you’ll be able to play against AI opponents or challenge up to 3 friends with Pass n’ Play mode. You’ll be able to track how many people you’ve defeated, set difficulty levels, and will have all the cool player pieces to choose from.

Update Dec. 20, 2010 4:49pm: Thanks to Sharp65 in the comments below who was great to point out the Bejeweled 2 icon in the picture as well. Not sure how that slipped by us but thanks for pointing it out! Guess we have two more games from EA Mobile to look forward to this holiday season! 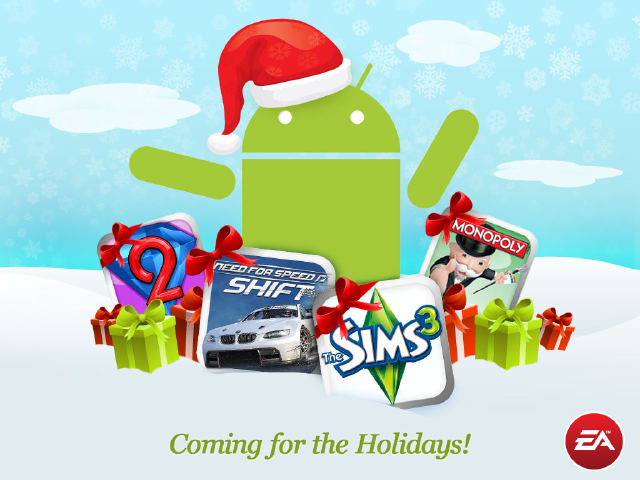