All of Polarbit games have been top quality games and Fuzzies is no exception to that. Gameplay is pretty much identical to Lemmings in that you have monkeys (those are the Fuzzies) who you can assign different jobs (Stop other Fuzzies, Dig, Build Steps etc etc) to do to get the rest of the monkeys to safety. All your controls are right there on the screen and all you have to do is tap a monkey then tap on the job you want it to do. If you don’t want some monkeys doing anything just leave them alone. 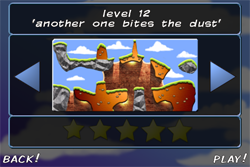 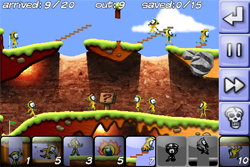 The animations are smooth and in that great cartoon-ish 3D style as is the rest of the graphics to the game. While Bunny Mania and emulators were the only real offerings for a Lemmings style game, Polarbit takes it to another level adding the eye candy and funky music to make this game really enjoyable. Unless you like these sorts of games you will probably find this game annoying and frustrating but any Lemmings lover will love this game. 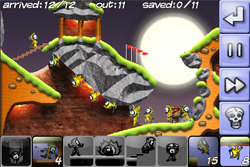 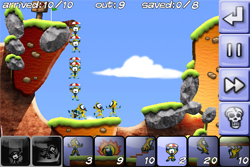 You can pick the full version up off the Android market for $2.99USD. While no Lite version is available yet, if you’ve played Lemming or any Polarbit game you already know the quality is great and the game is fun.