The Pixel and Pixel XL are very similar when it comes to the hardware specs of each device, with the major difference being that of the sizes for each one. Most of the details for each device have been known for a bit due to the major leaks, but in case you missed them we will run through them quickly. These are also the first two devices to come from Google that doesn’t include the Nexus branding.

Just like a Nexus device, these two phones come with about as pure of an Android build as you can get. Because of this, when a new version of the Android OS comes out, these two phones will be among the first devices to get those updates. These will also be the first devices to come with Google Assistant built into them from the jump. Google Assistant is the company’s new artificially intelligent companion that can help Android users do any number of activities such as searching for photos, looking for a specific contact, or make plans for you. It is also powered by Google’s search engine which means it can answer, according to Google, much more elaborate questions. 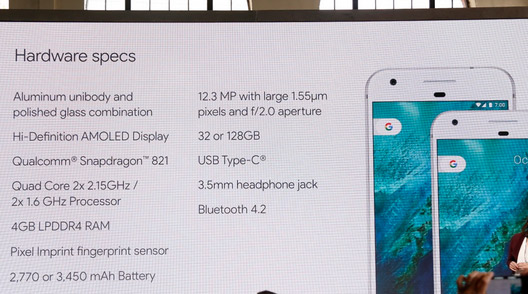 The Pixel and Pixel XL both come with the fingerprint scanner on the back. Both phones will also be the first official devices for Google’s new VR headset and platform, Daydream. You can read up on our previous coverage on Daydream here and here. Back to the phones though! The Pixel XL screen size comes in at 5.5″ while running at 1440 x 2560 resolution. The Pixel will weight in at 5″ running at 1920×1080 resolution. Lastly, both phones will be running USB Type-C connections which is always a good thing. 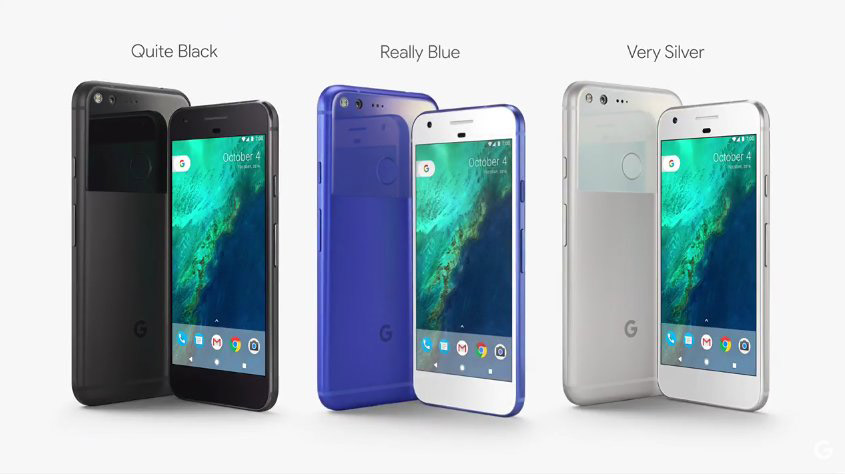 We will be going a little deeper into the Pixel phones and the Daydream VR headset shortly in our next article, but for now, this are the official details for the new Pixel phones. Also, all Pixel owners will receive unlimited Google Photo storage for all photos and videos. Both phones will be available in three colors as well, Quite Black, Really Blue (Limited Edition), and Very Silver. There will also be a bunch of new Live Cases for both phones when they ship out.

Now here comes the interesting part. The Pixel and Pixel XL will only be available through Verizon if you’re looking to get a carrier deal when picking one of these up. However, you can purchase an unlocked version as well, but for the current future, it will just be Verizon offering these phones. Both phones are also available on Google’s Project Fi network. Other carriers will probably get them later on. Pre-orders are now live (U.S., Australia, Canada, Germany and the U.K.) and will start at $649 and go up from there depending on the model/color you decide on.