Pirate Islands is a turn-based strategy game developed by mkoss (a.k.a Mobilsoft) and is a lot like GalaxIR Star or any other turn-based world map conquering game only this game is in the theme of pirate taking over islands. Your goal is to conquer all the islands on the map which sounds easy enough except for all the other Pirate crews trying to do the same thing.

While this game lacks the animations found in the game GalaxIR Star, it’s graphics make up for it as they are pretty detailed. While GalaxIR Star is more RTS (Real-Time Strategy) only for the fact you can be attacked at any time, in Pirate Islands it is turn-based. This means you do everything you need to do in your turn, the other players are doing the same, and then turn ends and everyone moves/attacks/defends/travels. 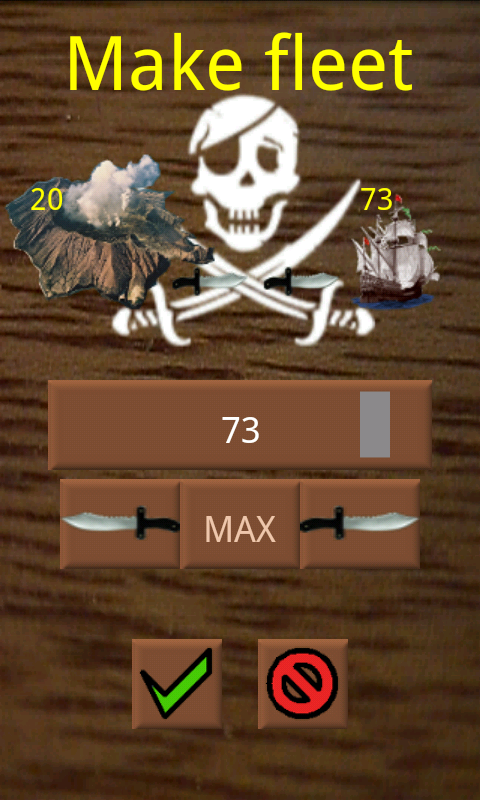 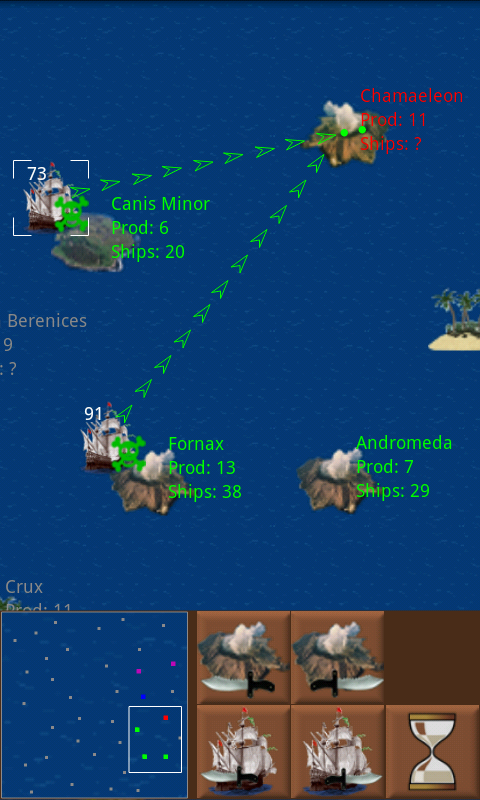 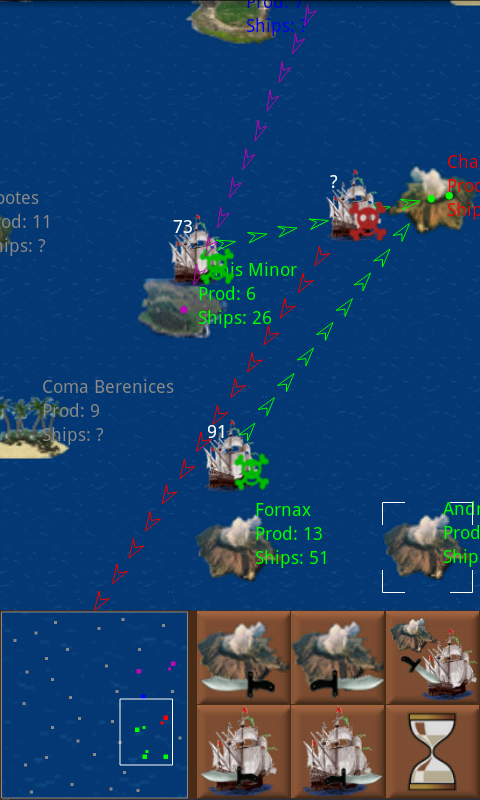 Controls are touch screen and are pretty straight forward. Your main buttons are located on the bottom right of the screen. Tap one of your islands to select it, then tap the top right button to build a fleet. To attack an island, just tap your fleet then tap the island you want to attack. The productivity of each island varies and the number it represents is the number of ships you gain on that island as each turn passes.

While Pirate Islands is an entertaining game, there are no sounds in it and no real animations aside from ship moving one space per turn as they sail off to the island they are attacking. This does make gameplay a bit less engaging and enjoyable but for this type of strategy game those sort of things are just extras. 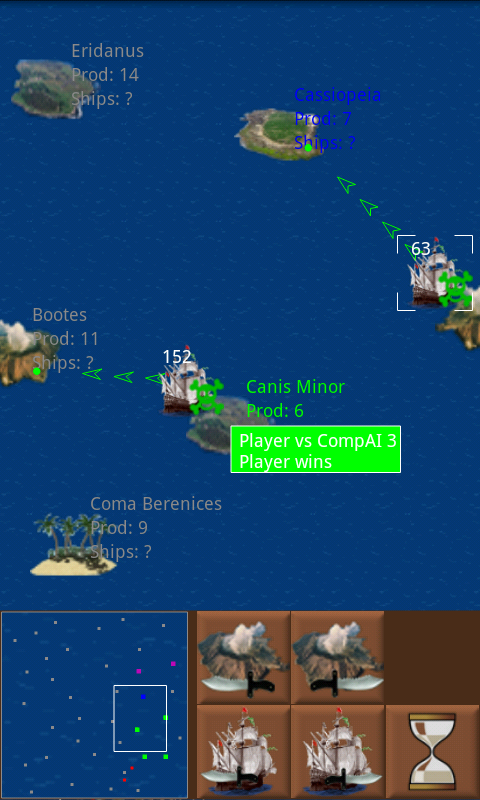 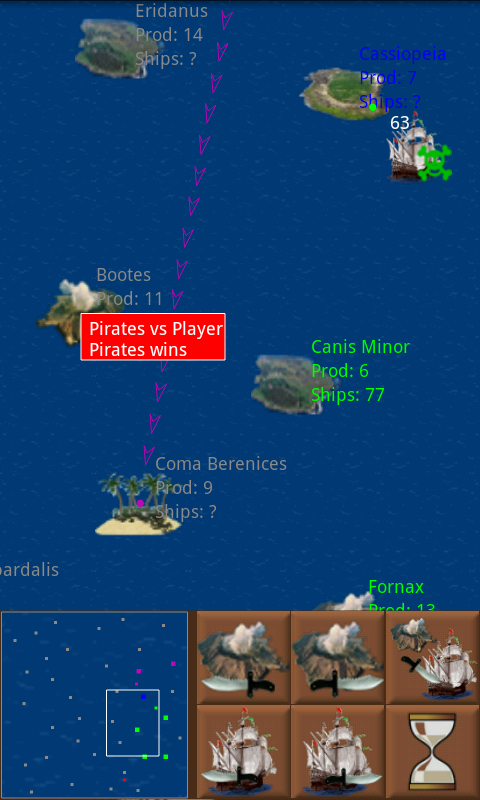 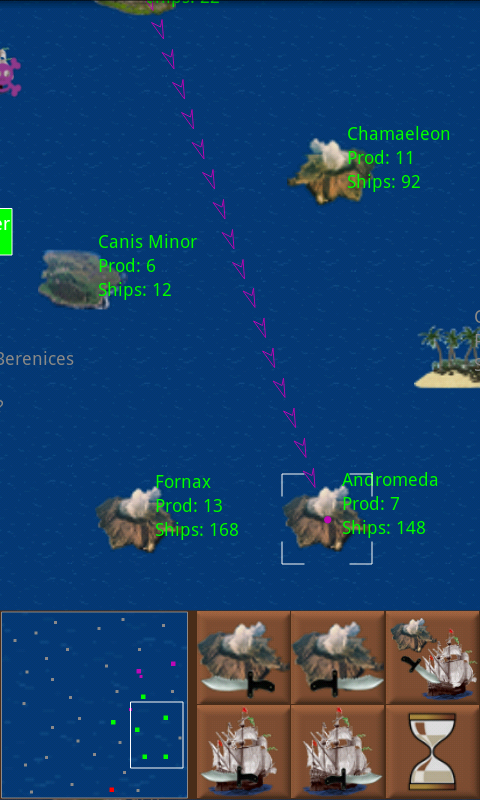 If you like turn-based strategy games where you conquer maps against a multitude of opponents then you will probably enjoy this game, especially with the cool pirate theme which is a nice change. The price is right too…free and you can pick it up off the Android market right now.