The Monsters’ Fall Event has Kicked Off in The Witcher: Monster Slayer 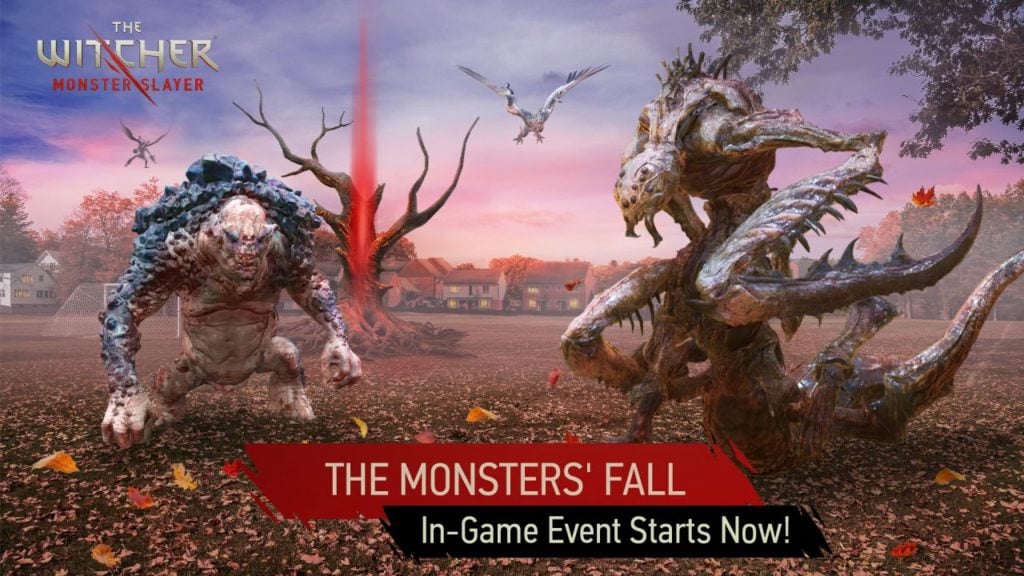 A new event has kicked off in AR-based Witch-’em-up The Witcher: Monster Slayer. It’s called Monsters’ Fall, and it involves mashing up as many legendary and rare monsters as you can.

The event runs from now until October 6th, and it’ll see a huge increase in the number of legendary and rare monsters that you’ll come across on your Path.

On top of that, there’ll be more of the horrors hanging around and hunting for prey in Nemeta. You’ll be able to encounter them randomly there, and you won’t even have to use bait. Which is good. But also sounds bad.

You’re definitely going to have to have your wits about you to get the most out of the event. And you’ll need powerful swords and plenty of potions handy too. Because that’s what Witchers do?

The new event follows on from the Wild Hunt event that’s been running since the start of the month. That was so successful with players that the changes made during the event are now permanent.

If you want to kill sort-of-imaginary beasts through your phone, you can click here to download The Witcher: Monster Slayer from the Play Store. It’s free with IAP.