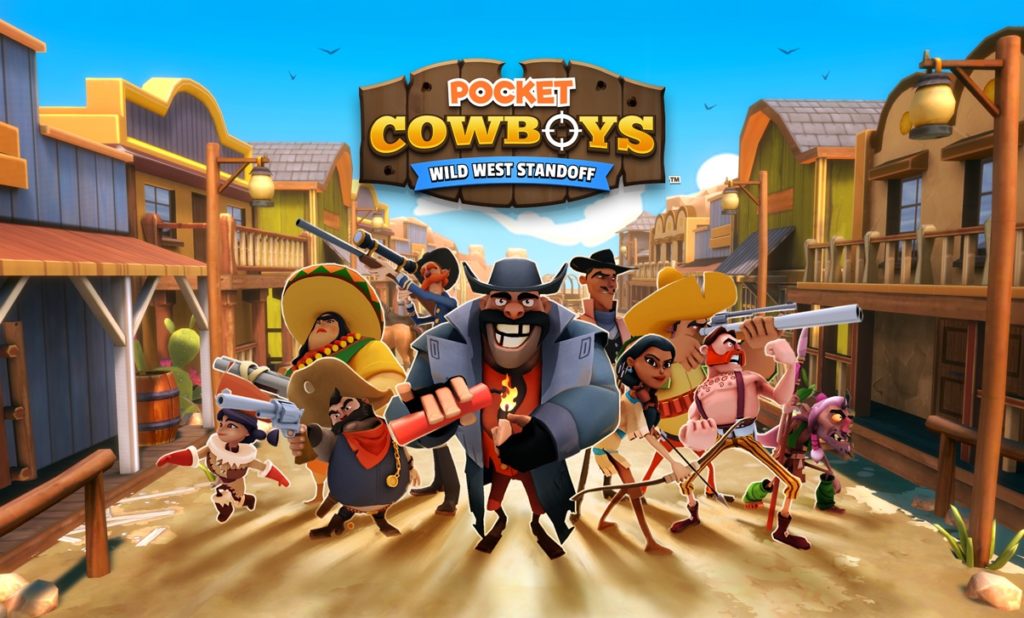 Pocket Cowboys is the latest strategy game to turn up and try and take Clash Royale’s throne. Unlike most of its competitors though, Pocket Cowboys actually has a few ideas of its own.

In fact, it doesn’t really resemble Clash Royale very much at all. There are no towers, battles are turn-based rather than real-time, and you don’t create a deck of cards.

Instead, you pick three cowboy characters to send into battle against three other real opponents. You’ll all then decide on your plan of attack at the same time.

Then, you’ll witness how it all unfolds. You might have successfully killed an opponent, get killed yourself, or watch your bullets go to waste.

A turn takes 15 seconds, so the pace is kept fast throughout the entire game

A turn only takes 15 seconds, which encourages you to think on your feet and keeps the game moving quickly.

You don’t have many moves at your disposal, so thinking quick isn’t a huge problem. You can move, reload, or fire in any direction. That’s it.

Each character feels very unique though, and learning what all of them are capable of is a huge part of the strategy.

Snipers can shoot across the entire board, marauders can blast all adjacent tiles with their shotgun, while bandits can fire a few times before reloading.

Picking your favourites and then utilising them appropriately is the name of the game. You’ll also want to read your opponents, who will generally behave in a particular way depending on the character they use.

The objective is to get as many kills as possible in a match. If you get three, you win. You’ll win gold and a chest, which you can unlock to grab new heroes and upgrades.

As the battle progresses, a sandstorm will start to cover sections of the board, making it much smaller. If your character gets caught in the storm, it’s game over for them.

It’s not necessarily game over for you though. If a character of yours dies, you can just summon another into the battle. If all three die, THEN it’s game over.