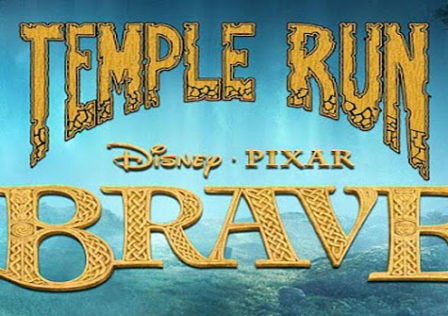 Yes another movie tie-in game we originally reported on a couple of weeks back has just hit the Google Play store in all its endless running glory. Based off of the upcoming animated Pixar film called Brave, this new version of Temple Run has been themed around this movie.

Temple Run for Android gets purchasable wallpapers with new update

Temple Run received another update this week that finally unlocks the ability to obtain wallpaper from within the game. Sure you can just search the internet and get as many Temple Run wallpapers as you want, but the in-game wallpapers give you another reason to keep playing the game and earning coins.

Temple Run was originally a paid game released onto the iOS platform and as a paid game saw minimal success. The developers, Imangi Studios, decided to change their business model to free-to-play and saw a huge surge in popularity making the game a hit. After a fairly long delay Temple Run has finally made it onto Android and after all the hype this game has gotten, does it live up to the hype? Let’s find out.

With over 50 million players worldwide and 10 million runners on Android alone, its safe to say that Temple Run is the new Angry Birds of Android 2012 (alongside Angry Birds Space of course). Today Imagni Studios have updated the 3D runner game and have added a Twitter integration so you can let the world wide web know what you actually do at work.

Details on future features and updates for Temple Run on Android

Now that Temple Run is out and a majority of people can play it on Android, some people are now wondering what is in store for this rather popular continuous running game from Imangi Studios. So what can we expect in the future for Temple Run? Here is a glimpse into that future.

Temple Run from Imangi Games is finally unleashed onto Android

After having to wait for quite some time including previous release time frames past and gone, Imangi Studios has finally unleashed the continuous running hit of theirs onto Android called Temple Run. This is a fairly different style of continuous running gameplay than you might be used to though.

The much anticipated Temple Run game from Imangi Studios has been cloned and faked so many times before the actual game has been released onto Android that is should be awarded some sort of record. However, all your downloading of fake apps in hopes of a real one will be coming to a stop now.

New Temple Run ‘game’ on the market is completely fake, the boldest one yet

There is yet another fake Temple Run game on the Android Market and this one is perhaps the boldest one so far, quoting reviews of the iOS version in the description and even using the developer’s name for the market account and link to the appropriate Facebook page. Don’t be fooled though, this is fake.

A game that has become a bit of a surprise hit on the iOS platform, logging in 20 million downloads with 7 million active users daily since August 2011, is gearing up to make it’s way to Android in the very near future. So what game is this? It’s called Temple Run and was developed by Imangi Studios.