Arma Tactics will be arriving exclusively for nVidia’s Project Shield?

During CES 2013 nVidia’s revealed their Project Shield handheld gaming console that is running Android. Also during CES 2013 nVidia’s next chipset called Tegra 4 was also announced along with a quick glimpse at a selection of games that would be arriving for Tegra 4 devices. One such title in that list was Bohemia Interactive’s Arma Tactics game.

For those of you who missed some of our coverage while CES 2013 was underway, Tegra 4 games will be backwards compatible with Tegra 3 devices and Arma Tactics, which is slated for release on Tegra 4 devices, will also be available for units that have a Tegra 3 stuffed inside them. Well Bohemia Interactive has announced that it is actually doing something a little different with Arma Tactics then what was originally planned. 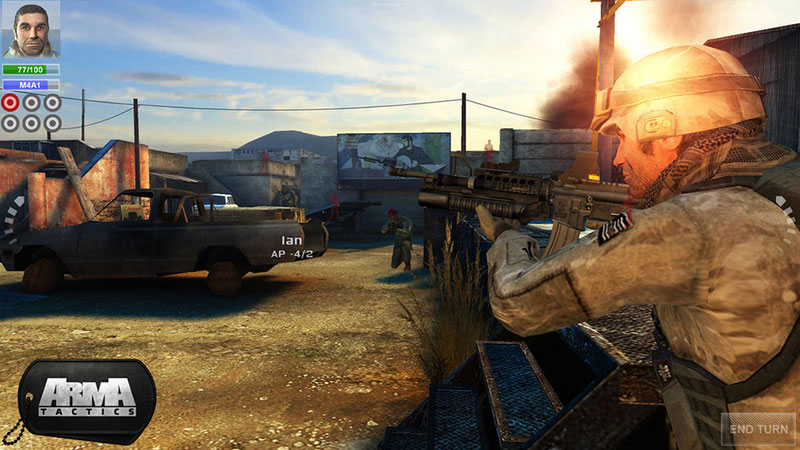 The company is planning to release Arma Tactics with Project Shield as its main target device in order to take advantage of the device’s console-styled controller and its support for its multi-screen gaming system that will allow players to play from the monitors like their television sets.. This means Project Shield will have Arma Tactics as some sort of exclusive. Whether this means that it be a temporary exclusive or a permanent one remains to be seen.

Arma Tactics is slated for release in Q2 2013 and could end up making it to other Android devices and other platforms in general. For right now though, Project Shield is the only confirm platform to be getting the game.