Square Enix to bring Deus Ex: The Fall to Android, showing off Mini Ninjas at E3 as well

Square Enix has a couple more games slated to be arriving onto Android soon which they will also be showing off at E3 2013 as well. The next installment into the Deus Ex franchise will be making its way to Android, officially titled Deus Ex: The Fall, while Square Enix has another game called Mini Ninjas which has already arrived onto Google Play but are showing it off at E3 2013 anyways.

Dues Ex: The Fall runs in the same time period (2027) as the upcoming Deus Ex: Human Revolution game that will also be on hand at E3 2013. Dues Ex: The Fall is a 3D Action-RPG in the first-person perspective with plenty of shooting and other abilities at your disposal, almost like Bioshock in some ways. This is a full-sized Deus Ex game and as such there are multiple ways to play the game, every action has a consequence and an almost open world style of gameplay where you can explore pretty much anywhere you want to. As for the visuals, they look pretty damn impressive already. 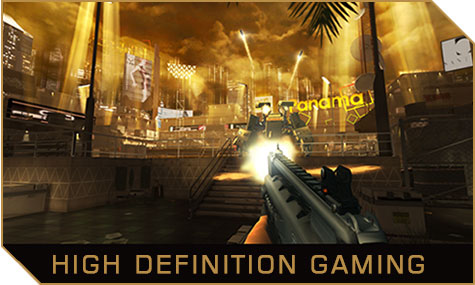 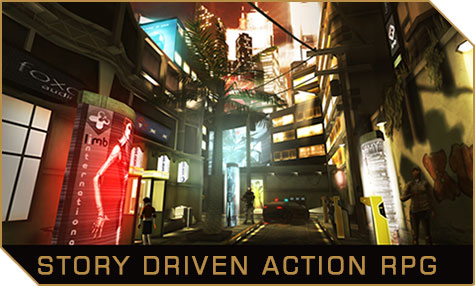 Deus Ex: The Fall is slated for release onto Android and iOS this Summer and will be shown off at E3 2013. Even though both platforms have a Summer release time frame, you can pretty much guarantee that the iOS version will arrive first with the Android version arriving shortly after. Amazingly, this game will only be priced at around $6.99 when it arrives.

Mini Ninjas, on the other hand, is already out for Android on Google Play but Square Enix is planning to show it off at E3 2013 anyways. Players will take on the role of Hiro and his friends, running through the game collecting coins and gutting everything in their path, all in the name of retrieving some stolen artifacts. You can pick up Mini Ninjas off of Google Play for around $3.00.