The other day we reported on Vector Unit and the fact that they were holding a live IAmA over on Reddit where they were answering questions. That is where they also officially announced the release date for the sequel to their very awesome water racing game Riptide. Well today is that day and Riptide GP 2 has arrived right on time which should make a lot of you happy.

For those of you unfamiliar with this game, Riptide GP 2 has players racing on water using Hydro Jets. The first game was very popular and incredibly well done and this sequel takes all of the goodness from the original title and builds on it with new and crazier tracks, new stunts and new Hydro Jets to race with. In addition to all the new content, Riptide GP 2 also features true multiplayer whereas the first game did not. 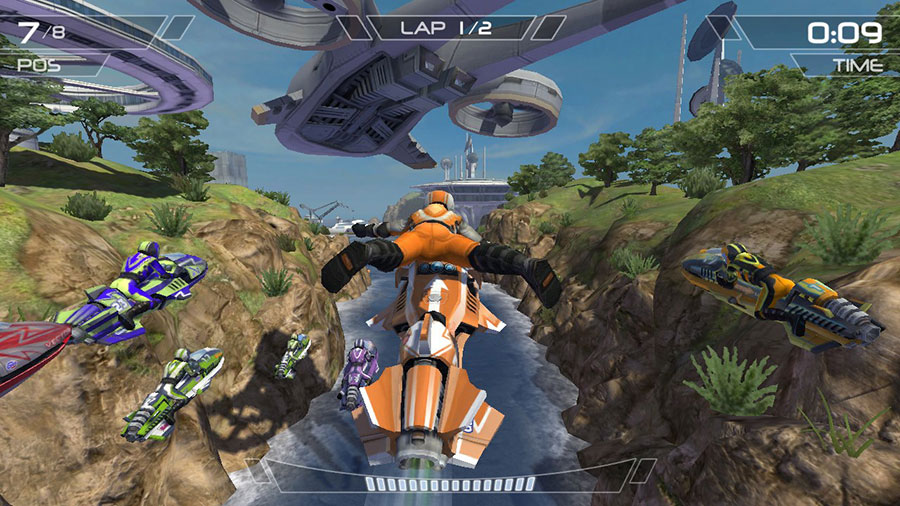 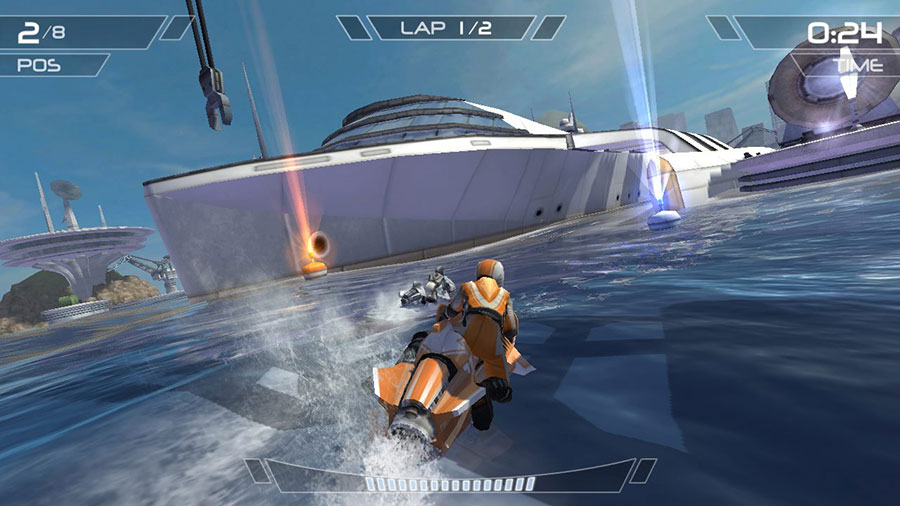 • ONLINE MULTI-PLAYER: Show off your skills and your custom-tuned hydro jet in 4-way online battles with friends and players around the world!
• ALL NEW CAREER MODE: Play through Race, Hot Lap, Elimination, and Freestyle events to earn XP and cash that can be used to upgrade your hydro jet, unlock new stunts, and increase your rider’s performance.
• ALL NEW WATERCRAFT: Collect 9 powerful new hydro jets, and upgrade their performance and colors to gain an edge on your competition.
• ALL NEW STUNT SYSTEM: Unlock and master 25 outrageous new stunts. Wow the crowd, charge your boost and make your competition eat wake.
• GAME THE WAY YOU WANT: Seamlessly supports multiple control configurations for tilt, touch-screen, and gamepad play.
• GOOGLE PLAY GAME SERVICES: Race online, earn achievements and keep your game synced to the cloud with your Google account.
• CUTTING EDGE TECH: Powered by the all-new Vector Engine 4, Riptide GP2 builds on the original game’s stunning visuals, with extra-detailed HD graphics!
• OPTIMIZED FOR TEGRA 4: Featuring additional optimizations exclusively for Tegra 4: higher-resolution textures, complex shaders, dynamic lighting, and real-time shadows. As featured in Tegra Zone! Play it on NVIDIA SHIELD.

As you progress through the game you will be earning XP and cash which you can turn around and use to upgrade your Hydro Jet (or unlock new ones to race with), unlock new stunts to do and other goodies. The visuals has all been enhanced as well and while anyone with any device (as long as it is a newer Android device) can play this game and enjoy all the eye candy, Tegra-based devices get some extra visual goodies. This is especially true for anyone with a Tegra 4 device.

So if you are ready to get wet, get some big air and actually race against your friends this time, you want to grab a copy of Riptide GP 2 off of Google Play. It’ll cost you a mere $2.99 for all of these watery goodness. There are some IAPs as well but those are optional since it is mostly for extra cash tat you can use to unlock stuff faster.