“Free with IAPs” – Why it’s bad for mobile gaming

So I’ve had this on my chest for a long time, and I think it’s time I unload. I’m not convinced everyone will agree with me, but hear me out. I think Android gaming has problem with the number of games that are offered for free with IAPs, though I *suspect* iOS does as well (See here). And I want to say this at the outset: I don’t hate all IAPs. Paying a set amount once to unlock full content (gaming or otherwise) is just fine me with, as is a running subscription (Netflix, MLB At Bat, etc). My objection comes from how many games are attempting to monetize by applying scammy IAPs, and it’s out of control.

Now as a problem, this isn’t anything new. Back in June, EA had their IAP fiasco with Dungeon Keeper, where they received a notable amount of backlash for taking a treasured game of yore, and tried to turn it into a place to farm cash from players. The CEO sat down with Eurogamer, and claimed that they learned from their mistakes. I imagine they learned something, but I’d question if they learned the right lesson, as their CEO Andrew Wilson went on to talk about value for what they’re asking. Given that EA intends to release the newest Need for Speed, where they attempt to use IAPs for gas, I don’t think they did. And while they aren’t the only ones doing this (Candy Crush franchise and spin-offs, I’m looking at you), the games they tend to put out lately exemplify EXACTLY what my beef is. Games like this are rigged. Period. They aren’t released for people to enjoy, they are released as a way for developers like EA to farm money from people, one nickel at a time. It can be said that these games are “free to play”, but I’m at the point where I no longer believe them. 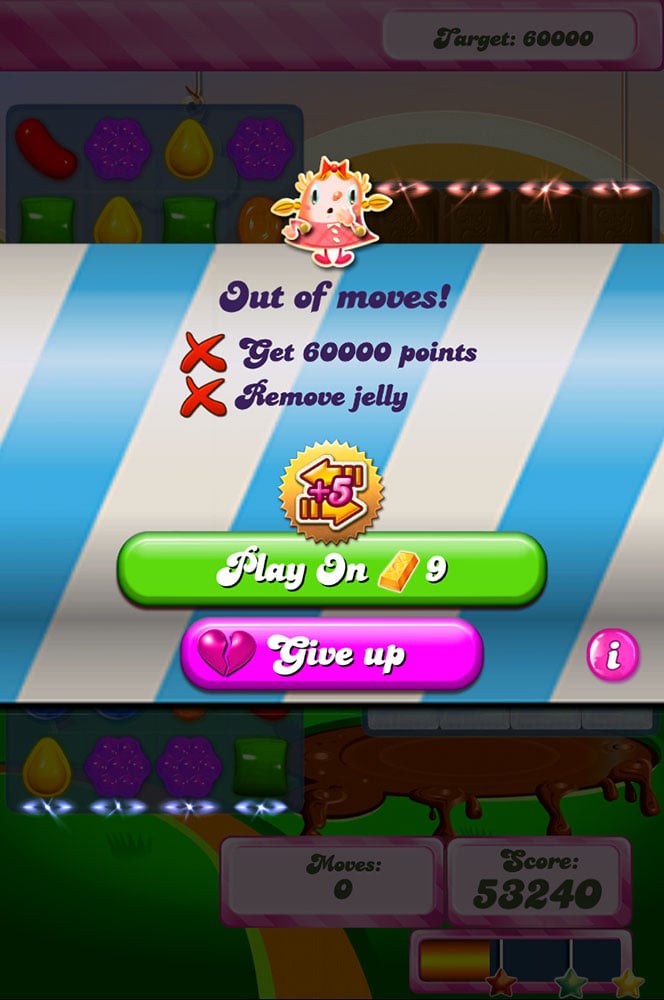 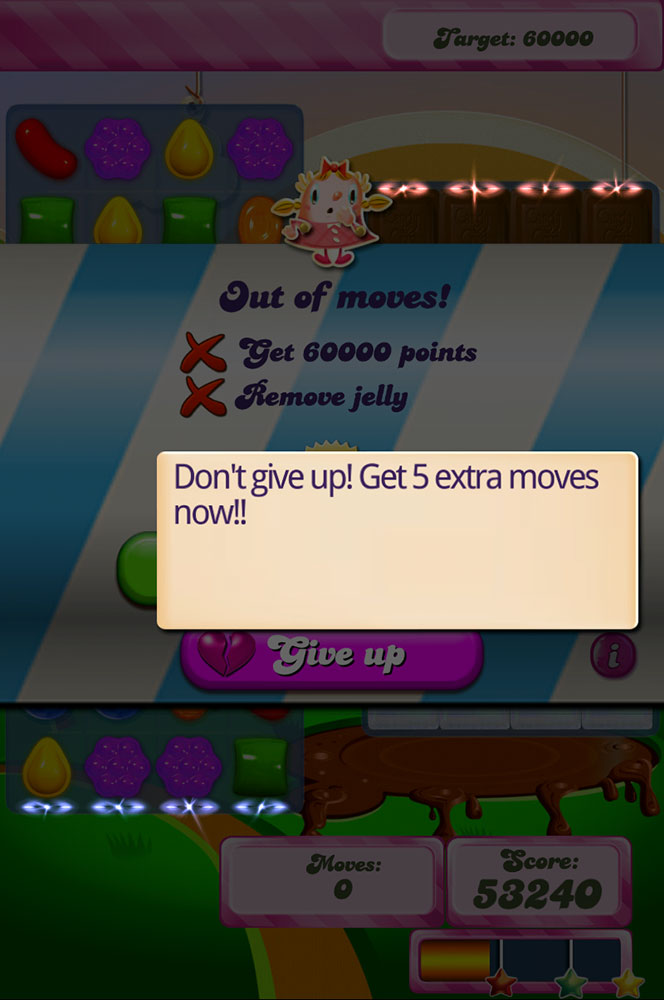 And we’ve heard these all before:

– Play for thirty minutes, then pay to continue.
– Congratulations, you’ve finished the board….click here for the .99 cent passport to continue, or wait an hour.
– Uh oh, you’ve died. Lose all your progress, or buy a revival spell for 1.99
– The drops you earn from enemies is always gold, but you *really* need diamonds and the conversion rate for Gold to Diamonds is so skewed it’s not worth trying to save up enough to trade one for the other.

In the end, it’s a mug’s game. While all these may have started (and in some cases, may yet be) well meaning, how can I be sure the game’s difficulty isn’t rigged to such a level that it de facto requires me to pay to avoid spending enough time to equate it to a second, part time job? And if I have to wonder if I’m being cheated in some way, how much enjoyment will I really get from the game? Again, the claim can be asserted that players can win for free, but at this point I’m not buying it. Full Stop. But let’s move on to the other part of the problem.

During the last Super bowl, Clash of Clans paid for a commercial to be aired ($4.5M for 30 seconds) and also paid Liam Neeson upwards of $9M to star in said commercial. How can they afford this? And they’re not alone. According to Wired, Game of War’s ad campaign including the Super Bowl as with Kate Upton ran close to something like $40M, but they’re also bringing in something like $1M every day. Heroes Charge also had an ad in the Super bowl, though without the high priced celebrity. Why do I mention this? Because, dear fellow gamer, it’s working. It’s not working for us, not really. It’s definitely working for them though, proven in how multiple mobile app developers can afford spots during the Super bowl.

Now I can be as laissez faire as the next guy, so I can’t really fault these guys for doing what works. But because it’s working for them, countless other devs are releasing games that follow the same monetization model. Think about it. How often do you see news on our site alone (let alone others) of games that are free-with-IAPs, vs those that ask for a flat fee upfront? For every press release that states a static asking price (a la Hail to the King collection, though the devs never mentioned what the price would be), I can list several games that are free with IAPs with more coming every day. So how do we fix it? And look at the overall top grossing games in Google Play. They’re all “free”, meaning they’re raking it in hand over fist, via IAPs. 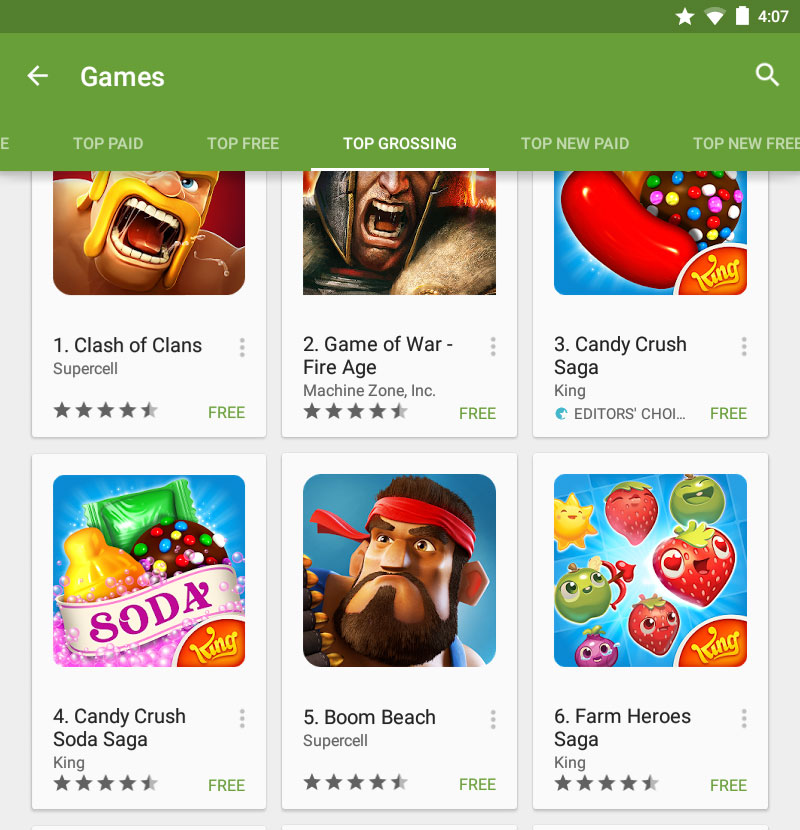 Well, the onus is upon us as gamers to make the change. Ranting on the Internet rarely gets people very far (least of all myself), so I guess all I can ask is for gamers to think twice before dropping “just one more dollar” into the IAP hole for more virtual currency that wouldn’t even survive a device upgrade or hard reset, simply because no one wants to farm for said currency for another hour (again, that’s the point). I think we should begin being more choosy with which games we are willing spend money on. Let’s give developers a realistic alternative to consider. If we as gamers are willing to spend a few bucks up front, more than $0.99 cents mind you, we might even save in the long run. 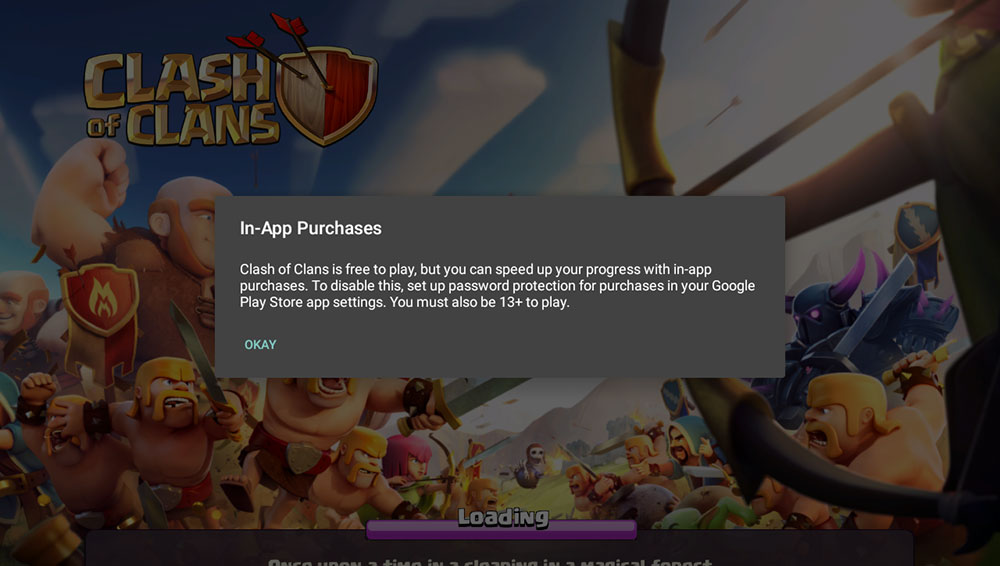 I’ve got a friend who (shamefully) admits that he’s spent upwards of $20 on Clash of Clans. The catch is that he didn’t do it all at once, it was over time. And I don’t mean to knock Clash of Clans, but that’s a far cry from a $20 game. It’s a $2.99-$4.99 game… tops. If more of us were willing to shell out that much at the outset though, then more of us would save the remaining $15 for something else… maybe more games? And I think if devs knew they had a shot at reliably making $3-$5 per install, they’d be more inclined to consider that as a pricing model. Heck, they couldn’t do any worse than offering an IAP in that price range for a “full unlock” option that re-adjusts the difficulty to something that isn’t the digital equivalence of the milk bottle or ring toss scams at the state fair. Am I asking for too much?