Companion toys are not really new anymore when it comes to mobile gaming. Nintendo has their Amiibo toys, Skylanders have theirs, and even Rovio has toys that you place near your Android device of choice in order to unlock a character in the game for you to use. Spin Masters have taken this idea and expanded on it by making the toys your scan into the game have their own stats, abilities, and so on but allowing them to be customizable by swapping out parts and adding new ones.

Sick Bricks has an ever expanding world with new zones slated to be added over the next while. Each zone has a different type of theme to it, whether it be more of an arcade shooter versus more of a puzzle-style maze. Each character has three different piece to them, a torso/top half, legs / lower half, and a hat. All three can be taken apart and added to new body parts to create a totally new character which combines the stats and abilities of the pieces it is made up of. For example, if you take three characters, one that is super fast, one that jumps super high, and one that shoots lasers, take piece from each one, and combine it to form a new character that has all three attributes. In some instances you can even stack characters, almost like a totem pole, to make super characters. 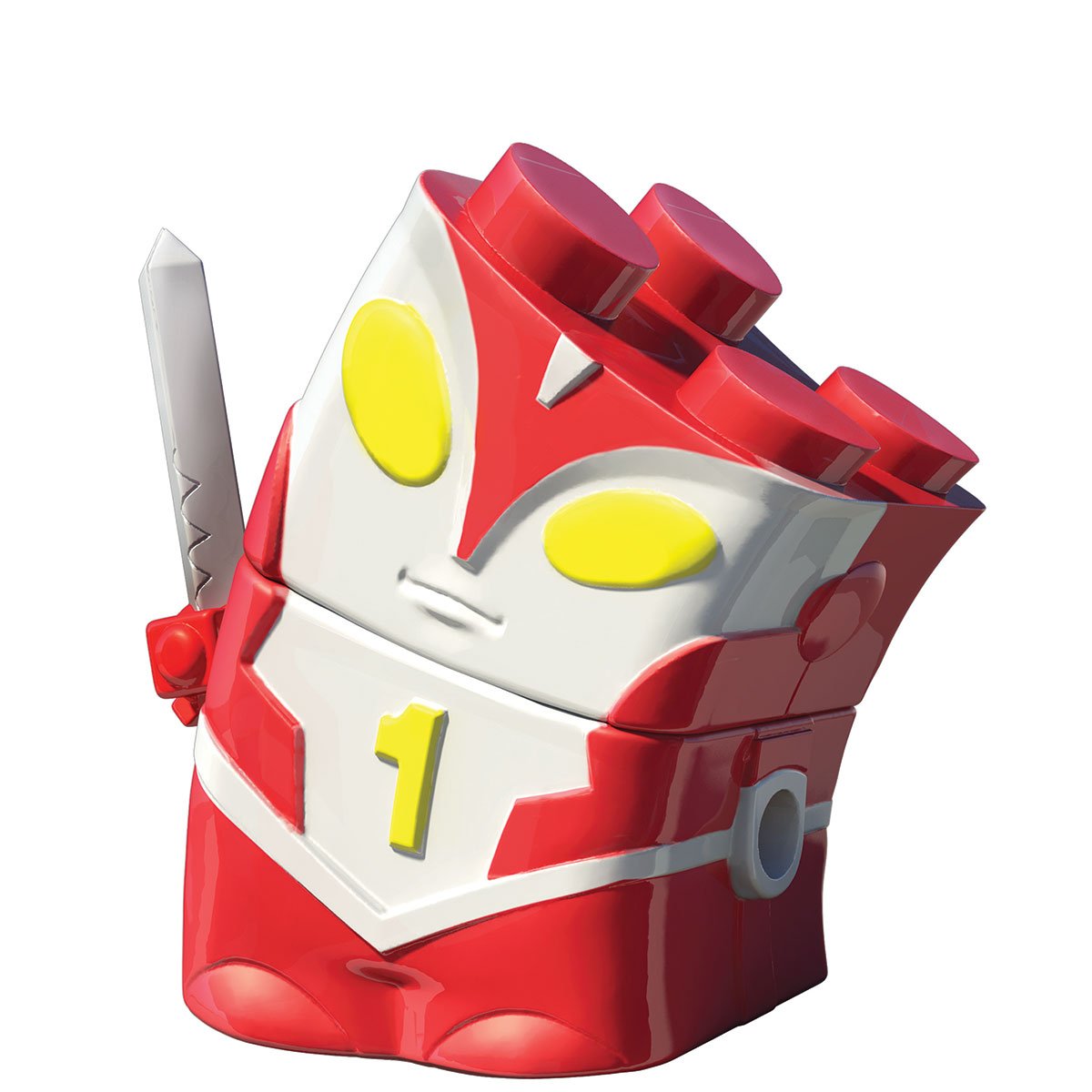 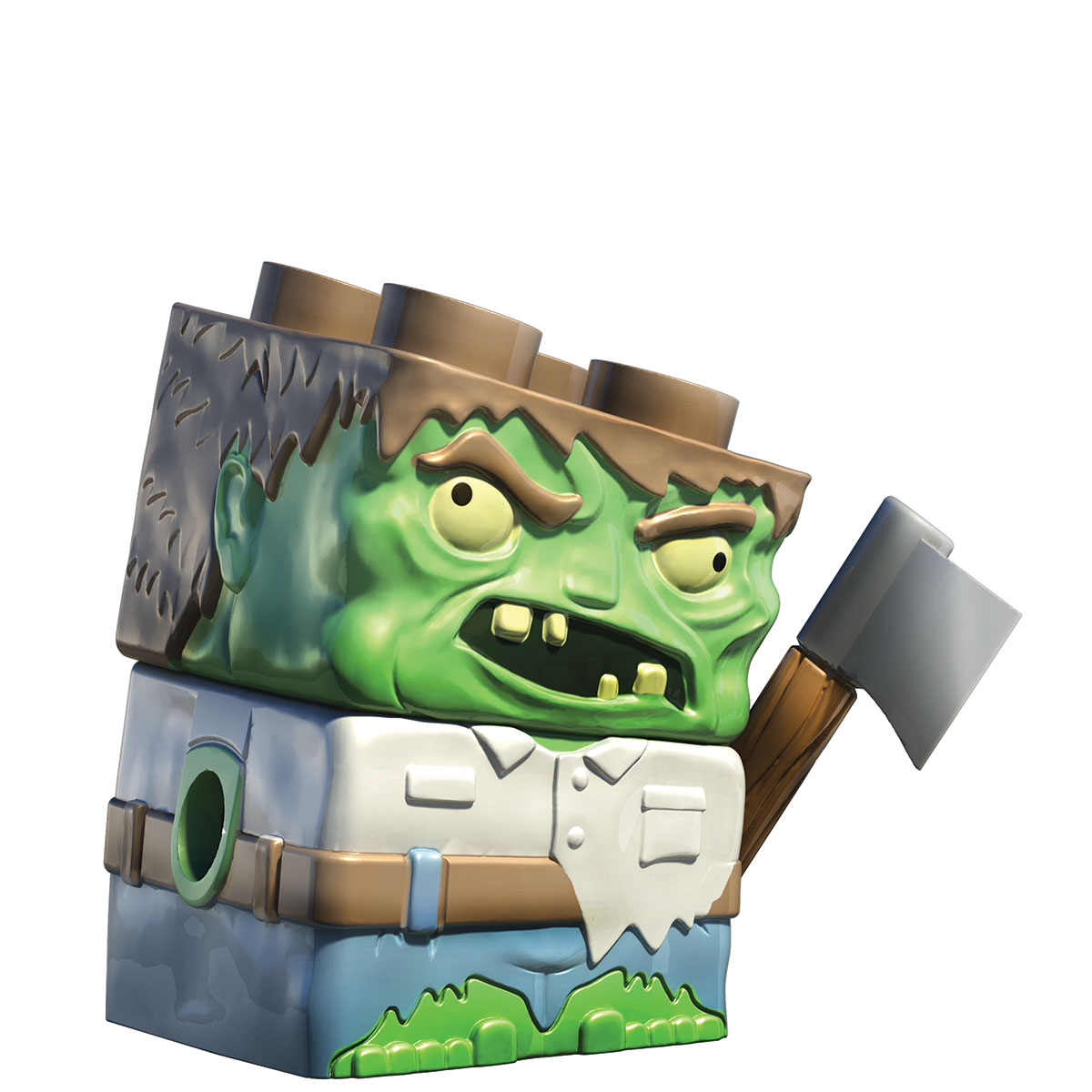 There are also vehicle add-ons that you can combine with your character for even more customization. All of these fit together like Lego pieces. Once you’ve built what you want to use as your character, you scan it into the game via your Android device’s camera. It takes about a second to do and that new custom character is instantly in the game and becomes playable. Eventually Sick Bricks will expand to include the ability to build structures and scan those in as well. Additionally structures in the game will soon contain content as well such as mini-games, access to secret zones, and so on.

Sick Bricks also contains a lot of humor, some of it can be a bit crude as well. One character we played with happens to have an ability where his attack is actually projectile vomiting. Another is named Major Blazin and has nothing to do with smoking weed… promise. The overall object of the game is to eventually rebuild Sick City to its former glory. Since the city is divided into different zones, achieving this goal varies greatly on each zone since there are different objectives to complete. 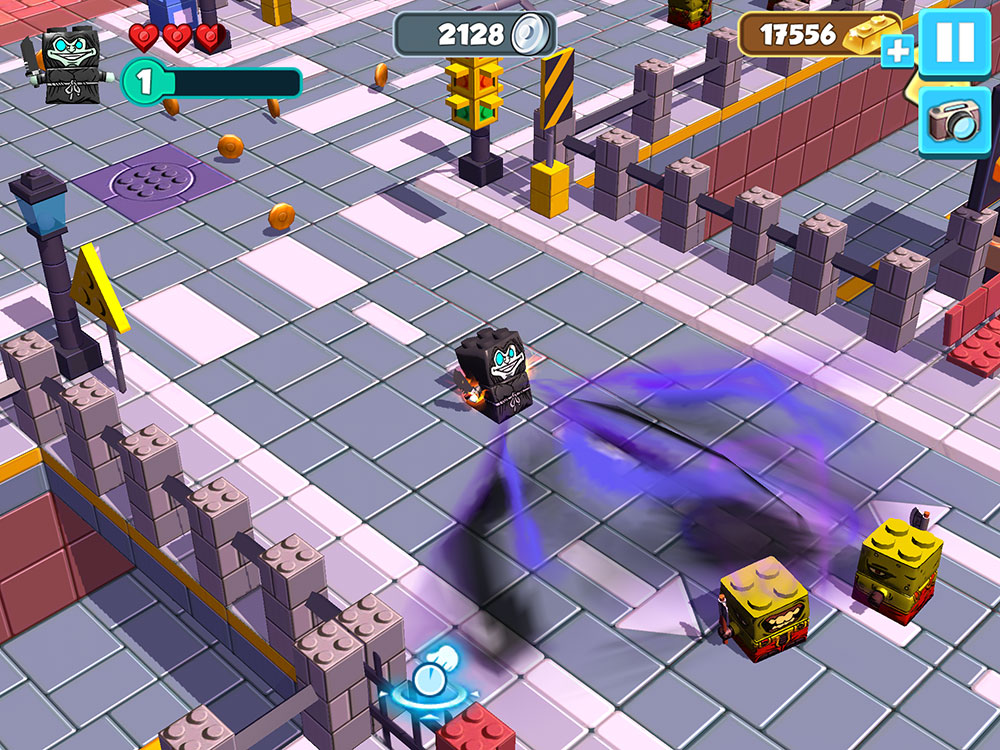 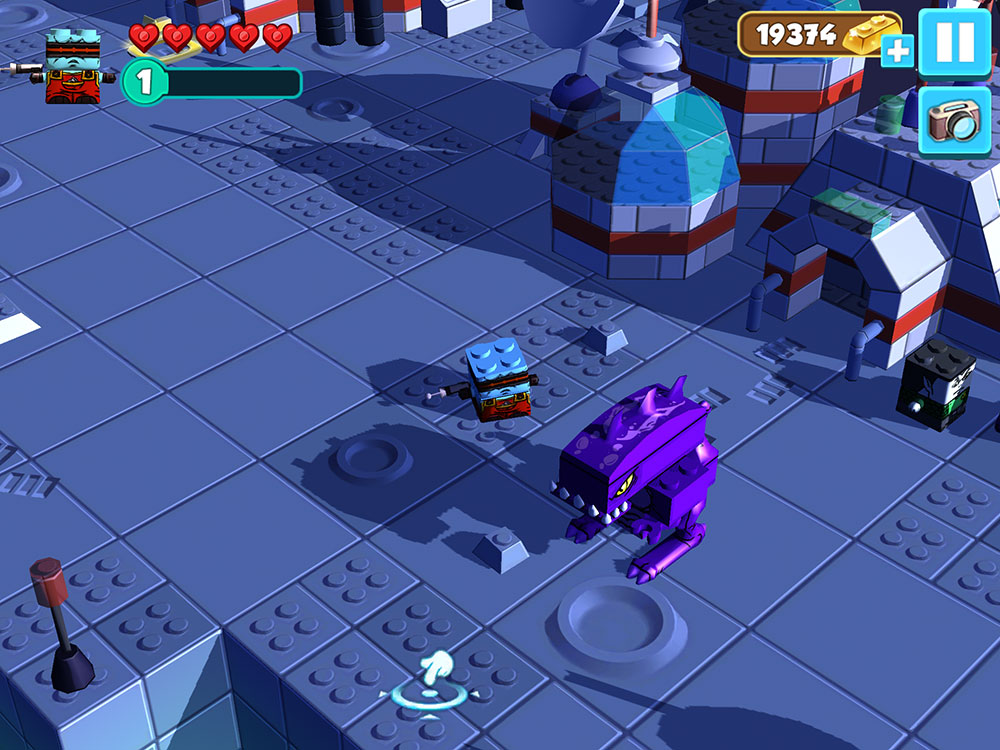 Controls are all based off of taps and gestures and since there are a lot (like thousands and thousands) of combinations already, there is easy access to your character’s moves at any time in case you forget which move does what using whatever gesture it is programmed to. You can also swap in a new character at any time by scanning it into the game. So if you need help, you can add a second character. If your guy is almost dead, you can swap him out with a new one.

The game itself is free to download and the packs for characters, monsters, vehicles and so on vary in price. Unlike other similar games of this nature though, pricing is actually pretty reasonable with a single character costing $2.49, a double pack being $3.99, and a team pack which comes with 5 characters retails for $8.99. Vehicle and themed packs are around the $6.99 price. 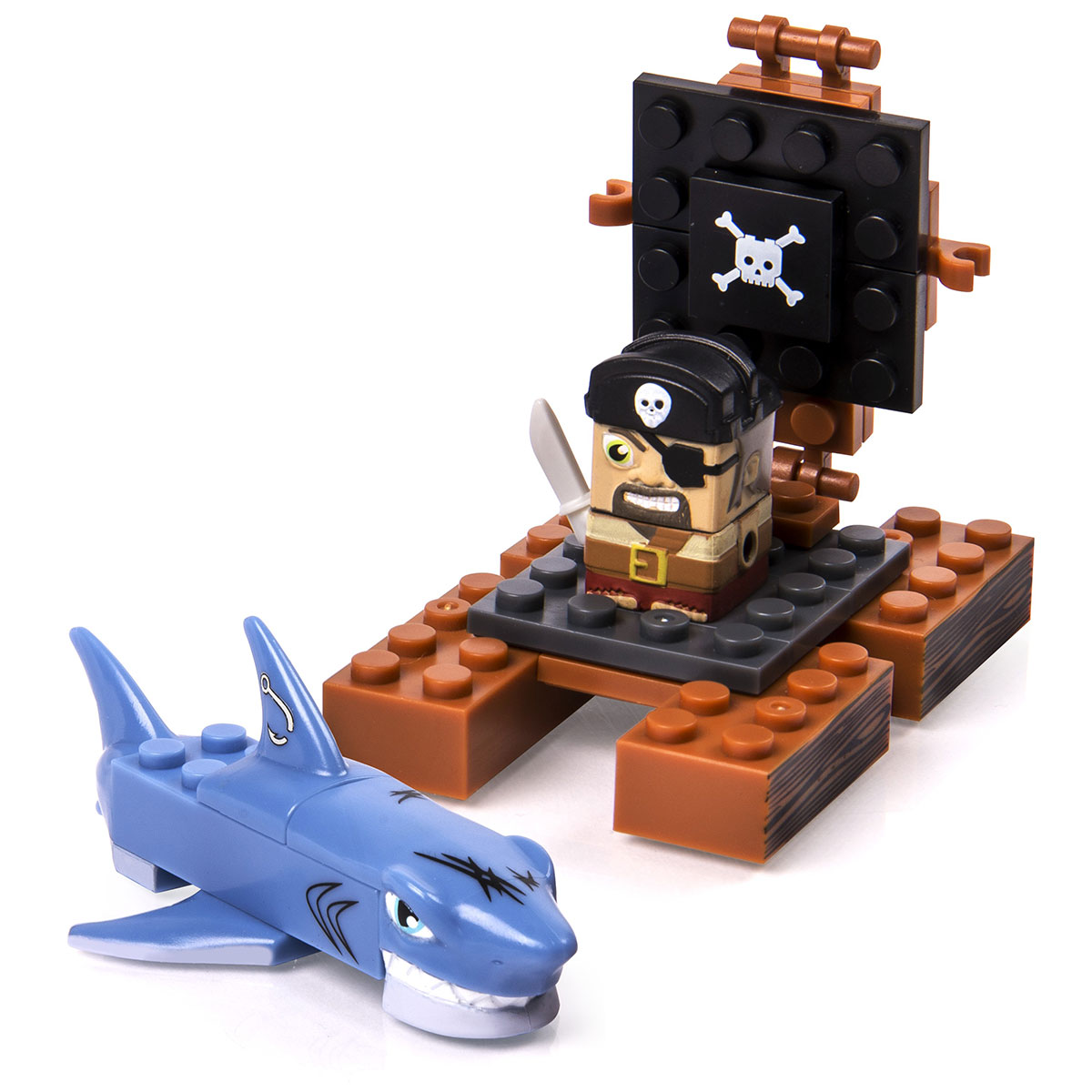 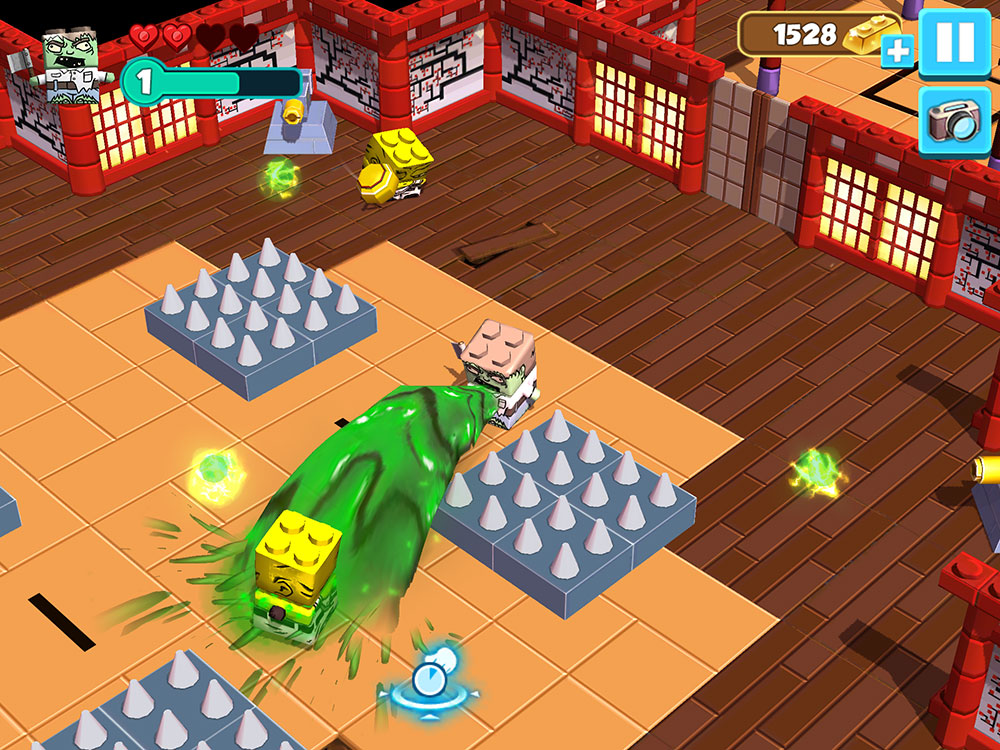 The entire game was pretty enjoyable to play. There is plenty of humor, a lot of which are sly takes on other video games. Visually, Sick Bricks actually looked really good. It was made with Spin Masters’ own in-house game engine and it does a really good job rendering everything. This could easily get expanded into a really big sandbox game as well. In fact the way the game is set up, there really isn’t a whole lot that can’t be added to the game at some point.

Right now Sick Bricks is in a soft launch in a few locations such as Canada. However the global launch will be coming this March 12th, 2015 and this includes the toys becoming available as well. You can check out more gameplay videos of Sick Bricks over on our YouTube channel as well. We Sick Bricks lands on Google Play, we’ll post an update.