Avengers Alliance 2 is live in the Play Store

This is a great year for the Marvel universe. The latest Captain America movie will be released in May, and Marvel Games has released Avengers Alliance 2. if you are a fan of the Avengers, then I am sure you are ready to hit the install button right now, if you haven’t already.

Avengers Alliance 2 is the sequel to the popular turn-based strategy game that ties into the Marvel universe. In it, you have the opportunity to assemble your team of Avengers, to battle against the deadly foes that are determined to wreak havoc on earth. One of the really good things about the game, is the variety of characters that you will be able to have on your team. Each have their unique powers that they take into battle with them. If you enjoy reading comic books, you will be impressed with the roster that is available. As with other games in the Marvel universe, characters continued to be added as they update the games.

“A mysterious series of galactic collisions, known as incursions, threaten the fate of Earth. You must use the powerful energy of iso-8 to stop the destruction of every universe. Team up with friends and other players from around the globe to face deadly foes and prevail.” – Marvel Games 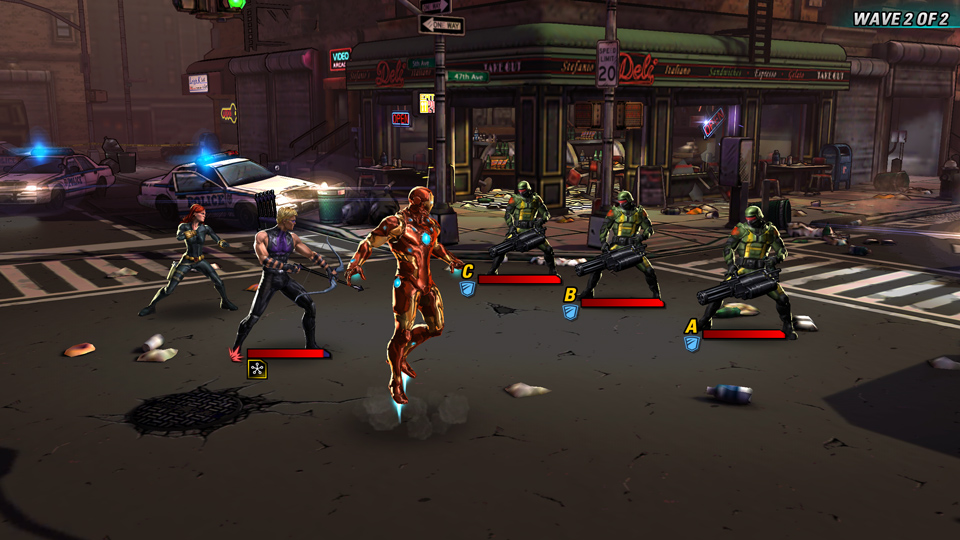 What will help you win the battle is assembling the right team. As you play the game, you gain access to more characters. Winning your battles allows you to gain XP and the in-game currency, which is basically Shield coins and gold. There is also the standard stamina meter, since this is a free to play game. During my brief game play, it seemed as if the stamina bar wouldn’t really be much of a problem by limiting your game play. Your stamina is increased with leveling up and winning your battles. When you win, characters are unlocked, while others can be purchased. There is the typical in-game store, where you can purchase gold with real money, to then use for buying other items in the store.

The gameplay is fun and engaging, even though it is turn-based. The strategy used to defeat your enemies, will rely on you having a good understanding of the abilities of each of your characters. More abilities become available, the higher your XP level is. As the battle unfolds you have the opportunity to target specific enemies or the group as a whole. You choose which attack you will use, based on the hit points of the enemy. It doesn’t take to long for the action to ratchet up. It is fun seeing what character will be unlocked next. Wasp unlocked pretty quickly, and the powers available were pretty neat to see in action. 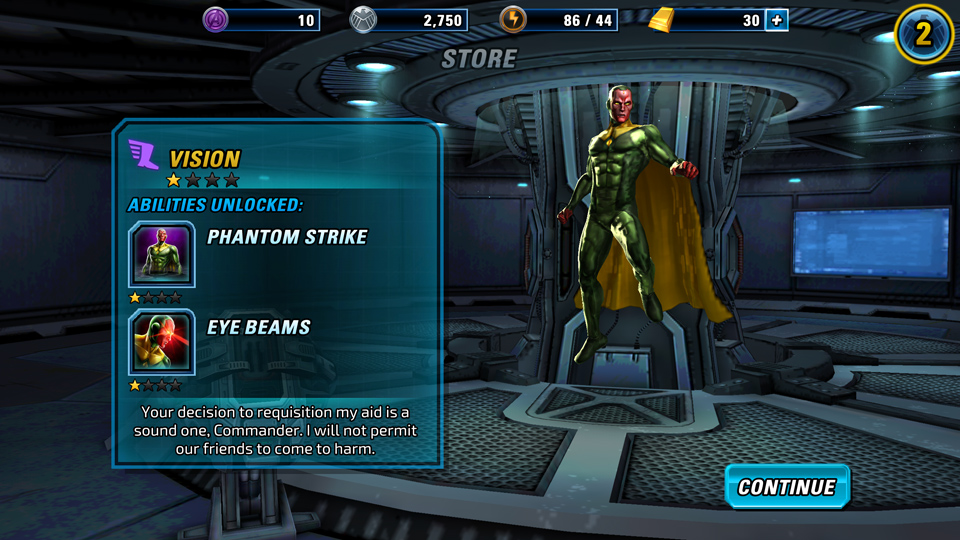 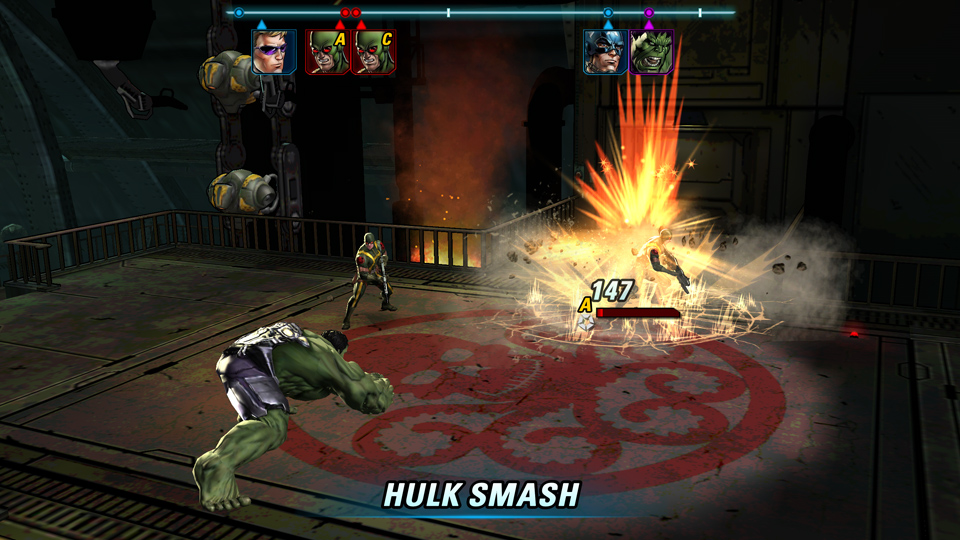 Avengers Alliance 2 is a good looking game. The representations of the characters are spot on. The story is told through short panels without any voice-acting, so you will be reading to learn how the story unfolds. It would have been nice to have a few voice-overs which had characters’ popular quotes. Seeing Hulk smash was a great animation, but hearing him say that would have made the game even more interesting. This is a minor quip, but it is something that I noticed.

Avengers Alliance 2 accesses your choice of social media. You can use Google Game Play Services or FaceBook, so you can have continuity of game play across your devices. If you are hyped about all things Avengers or Marvel, Avengers Alliance 2 is worth checking out. Keep in mind it is free to play, and that there are optional in-app purchases. The in-app purchases get pretty high, so keep that in mind as you begin your quest to save earth.