For the second week in a row, we’ve reported on a forthcoming indie game with experimental leanings and an emphasis on text and storytelling. What are the chances? Lineweight, from Cipher Prime, is bound to be a compelling experiment in multimedia narratives, if that’s your thing.

Otherwise we’ve got news of League of Legends: Wild Rift’s inexorable spread as it approaches a global launch, and Genshin Impact’s inexorable rise to the top of the Top Grossing charts.

To read about this week’s best new Android games and sales, check out the Saturday companion to this article.

Cipher Prime is one of the most accomplished indie developers on mobile, with classics like Splice, Auditorium, and Fractal under its belt. The studio’s latest project is a multimedia narrative experience – not entirely unlike Unmemory, which we covered last week – and it’s already won a handful of awards.

The League of Legends: Wild Rift Closed Beta is Now Available in South Korea and Japan

We still don’t know when it will be possible to play League of Legends: Wild Rift in the west, but the game’s closed beta is steadily expanding across Asia. South Korea and Japan have been added to the existing territories, and more players have been invited in Thailand, Malaysia, Indonesia, Singapore, and the Phillippines.

Genshin Impact was one of the most highly anticipated games of the year before it launched a couple of weeks ago. It looks like the anticipation was justified, as the game has immediately become one of the highest grossing mobile titles in the world, a mere $4m behind Tencent’s Honor of Kings.

AFK Arena, the idle gacha RPG from LilithGames, is clearly looking to get to the next level, having recruited the superstar actor Elijah Wood to front a new ad campaign. The ads use the tagline “cheat on your RPG”, and depict an unfaithful Wood having casual fun with AFK Arena on his phone while a sad orc, representing conventional RPGs, loses his mind with jealousy.

Pocket City was a surprise hit when it came out in 2018, cramming a fully featured, impeccably balanced city-management game into your smartphone. Developer Codebrew Games has lifted the lid on the highly anticipated sequel with a short snippet of footage. It’s all in 3D, but that’s all we know for now.

Mojang has used Minecraft Live to unveil the game’s next big update. Caves & Cliffs will add new cave features, such as dripstone and lush caves. New mobs are on the way, too, including the axelot, the glow squid, and the warden hostile, and crystals, bundles, copper, telescopes, and the sculk senor block will all make an appearance.

Dead by Daylight Mobile has hit 10m downloads, and developer Behaviour Interactive is celebrating in the traditional way: with an update. New features include a graphical overhaul (the first of many) and new outfits for a couple of the murderers.

V4, the popular MMO from Nexon Mobile, has been updated with a whole new mode. Halidom Rush is a classic capture-the-flag type deal, where the aim is to grab the Halidom and take it to a specific place on the map. It’s happening every Tuesday, Thursday, and Saturday between 8 and 9pm PT. 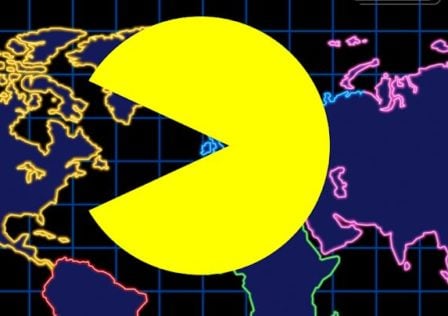 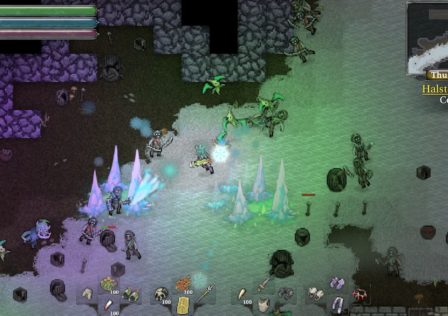