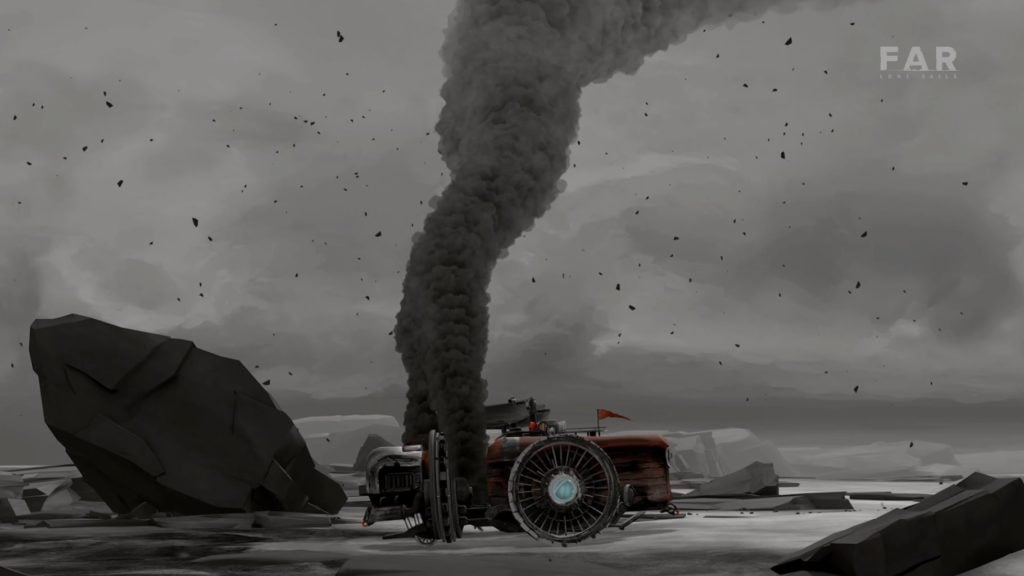 When is a game out? In the age of early access launches and regional differences, it’s not always easy to say. Two of this week’s batch are out in some places and not in others – we hope you’re among the lucky few.

There’s a lack of really big names this week, though the games on offer are all solid in their own ways. House Flipper – again, sorry if you can’t play it – is doing as well as any game we can remember in terms of user reviews.

Far: Lone Sails, meanwhile, is the perfect apocalypse sim for these troubled times.

112 Operator is the sequel to 911 Operator. It sees you dispatching the emergency services to emergencies in cities all over the world, factoring in stuff like weather conditions, time of day, and whether the caller is a lowlife prankster who’s just plain wasting your damn time.

Chook & Sosig: Walk the Plank is the first game that curation service GameClub has brought to mobile from another platform rather than raising it from the dead. This charming hand-drawn point and click adventure sees you exploring a surreal piratey world while also playing a D&D game. Far out.

The title says it all. War Robots Remastered is a remastered version of Pixonic’s popular multiplayer mech shooter War Robots, which came out in 2014. The game has received a total graphical overhaul, adding dynamic lighting particle effects, high resolution textures, and more. The core gameplay is unaffected.

House Flipper is a phenomenally popular casual simulation in which you renovate houses for profit. It’s more fun than it sounds. When we published the original story on Wednesday the game had already racked up six and a half thousand user reviews, averaging 4.8. Now it’s over 25,000, with the same average review score. Unfortunately it doesn’t seem to be available everywhere.

Far: Lone Sails worked its way up from the streets, beginning its journey as a gamejam project before ultimately becoming a highly acclaimed indie classic. The gameplay sees you travelling through a wasteland maintaining your bizarre vehicle. It’s a treat.

Dragon Quest Tact is a turn-based tactical RPG from Yuki Horii, the creator of the Dragon Quest series. It sees you collecting, training, and battling a highly diverse array of fantasy creatures, and it’s out now in Early Access – but not if you live in the US or many other excluded territories.

Death Worm is about a gigantic pre-historic bobbit worm-like monster rampaging through a variety of environments eating people and blowing stuff up. The game itself is pretty pre-historic, having come out almost ten years ago, but it’s well worth the 99c you currently have to pay for it.

Like Monument Valley, Takoway is a puzzler that exploits the power of optical illusions, though it uses a different kind. Instead of Escher-esque impossible structures, it features Necker cube-style puzzles as you attempt to help a six-legged octopus (i.e. a hexapus) effect its escape from an evil laboratory.

Kensho, the ultra-stylish block puzzler from FiftyTwo, is currently on sale for 99c. Presentation is very much the game’s strong suit, and it comes with 11 original tracks. The gameplay is pretty good too.