We have to admit, at first the whole idea was a bit ‘WTF?’ but after checking out the headset for ourselves, they are actually really nice. The screen lets you use gesture-based finger movements to control the volume or switch tracks, stop/start music and more. The headset can also double as a set of loud speakers when you turn the earcaps outwards.

The Admiral Touch sports 7.1 channel surround sound and the quality was pretty good and the sound was crisp. Should you want to use physical volume controls, they are also built into the headset along with a retractable boom mic for gaming, Skype or whatever else you would want to use it for. You’ll have access to the Android Market to grab whatever streaming audio app you want such as Pandora or Last.FM. 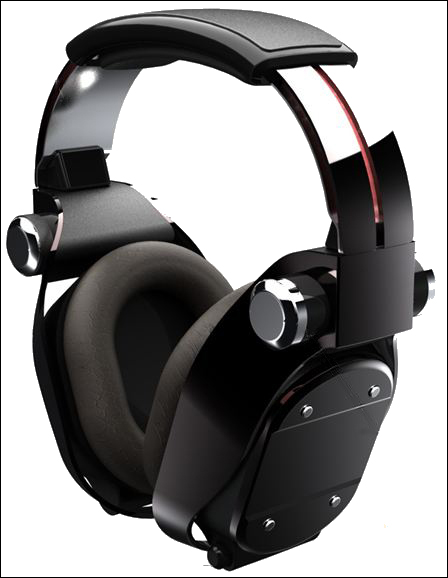 It will also ship with its very own battery charger so you can charge the battery yourself, which has a rough 6 hours of usage time right now. You can use these with any device through the standard 3.5mm jack as well so if you feel like having some loud gaming on the go on your Android tablet, you can.

The Admiral Touch will be available in a base ‘Admiral’ model as well which can be upgraded at a later date buy purchasing the module with the screen separately and just switching it with the blank module. Pricing hasn’t been determined yet but they expect it to be pretty competitive. We walked in there going “why?” and left saying “That was pretty cool”.