From what Engadget knows of the statistics here is the list so far:

Other interesting bits of information about this device is that according to the article it will have it’s own specific area on the Android market for games. Also as you can see in the mock-up it will have gaming controls that slide out from under the phone which includes the standard PSP-style controls including shoulder buttons. 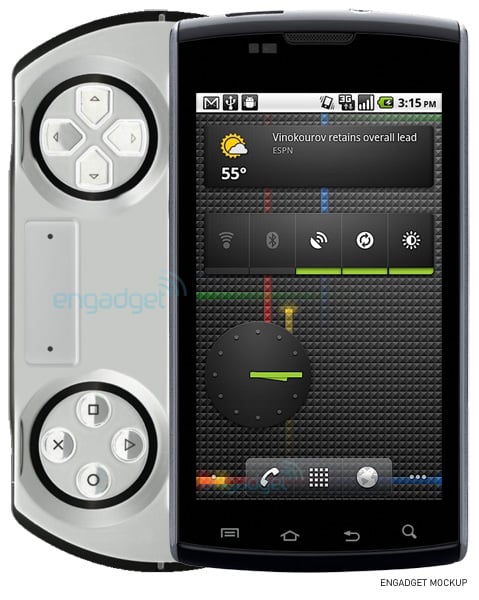 It will be running Android 3.0 and will possibly have a phone-specific skin for it as well. Games will be graphically on level with the PSX or PSP which means there will be true 3D gaming on it’s way to Android very soon. There are games already being shown off on it including God of War, Modern Warfare and Little Big Planet.

It seems Sony and Google are working very closely on this project and it would make sense too considering Googles recent purchases as well as their push into the gaming industry, this would be the perfect device to let loose onto the market. When can you expect to be able to grab this awesome device? Right now it is being speculated at an October release.

Of course as soon as we find out more information, we will post it right away!