As with all things technology based, we tend to see sizes get smaller and smaller as technology advances. This holds true for cellphones that, at one point, were bigger than a brick but are now nice little smartphones that fit in our pocket. Even the upcoming Android powered OUYA game console is the size of a Rubik’s Cube. Now game controllers are going that way as well, at least when it comes to mobile gaming. Let’s meet the iMpulse Controller, a game controller that is the size of a keyring.

While you can use the iMpulse as a basic game controller, it also doubles as a media remote with fast forward, rewind, volume controls and play/stop buttons. You can also remotely control your phones camera as well with this little guy. However, if you are one of those people who, when getting frustrated with a game, tend to throw their controllers around, you won’t want to lose your keys by doing that with this one. If you do go that route though, you can use your Android device to find them again. 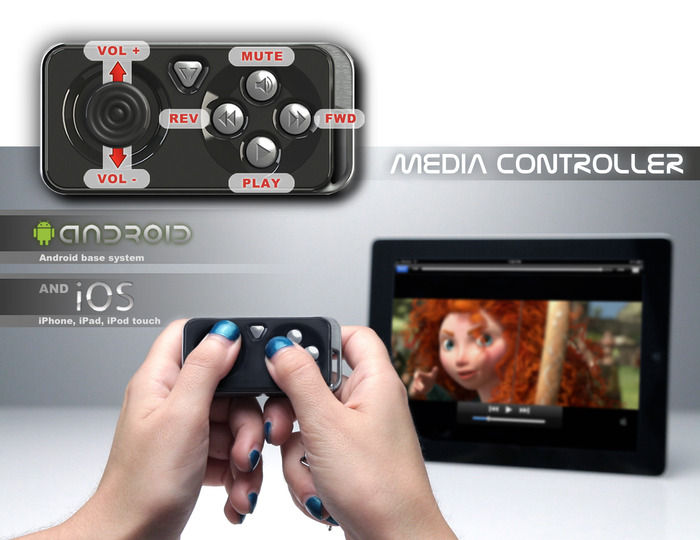 The Kickstarter campaign just started and has 43 days to go for the developers to reach their $49,999 funding goal. Why not an even $50K? who knows but the campaign already has just over $10K in funnding already. Check out their Kickstarter page for additional details and to drop a couple of bucks to help get this funded if you want to. You can check out the pitch video above or see it in action in the video below. Oh, and one last thing, you can use two of these guys on a single device for multiplayer gaming.