One game a lot of people used to play back in the Apple II days was a game called Karateka. For those of you not familiar with this game, Karateka has been around for almost 30 years and is a side-scrolling martial arts action game. The developers have actually brought the game over in pretty much its original condition which should please the purists out there.

Of course there have been a few slight changes such as the fact that the controls are touchscreen ones. Players will control the hero of the game who is out to save the princess from the evil warlord Akuma. In order to engage enemies you will need to switch your stance from traveling to your fighting stance. Once in the appropriate stance you can proceed to beat the crap out of whoever happens to be standing in front of you. 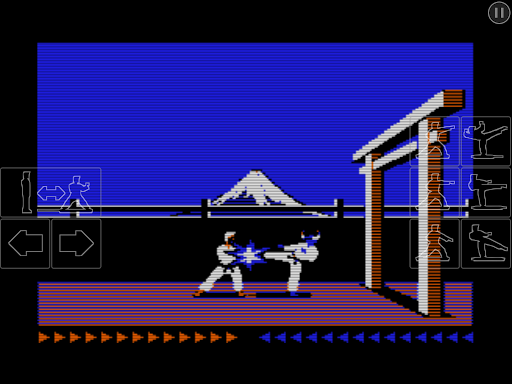 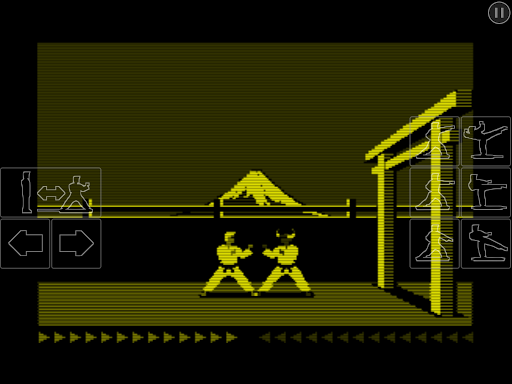 While you do have a health bar for fighting, prospective newcomers to Karateka should know that a vast majority of the hazards will end your game right on the spot. Back in the day this game was pretty challenging and today it still is, even is all its limited color glory.

For those of you interested in picking up Karateka off of Google Play, it’ll cost you a mere $0.99. Be prepared to get frustrated though, in a good way of course. Cheesy ’80s haircut not included.