Along with the leak of the tablet itself, a good amount of accessories as well are shown off. That tablet, measuring 9.4″ (running at 1280×800) in size will feature a Tegra 3 quad-core chipset along with 1GB Ram to help it run smoothly. Other hardware includes 8MP rear camera teamed up with a 1MP front-facing camera, DLNA support, three sizes of storage: 16GB, 32GB, and 64GB with an SD slot as well. Powering it all is a beefy 6,000 mAh battery. 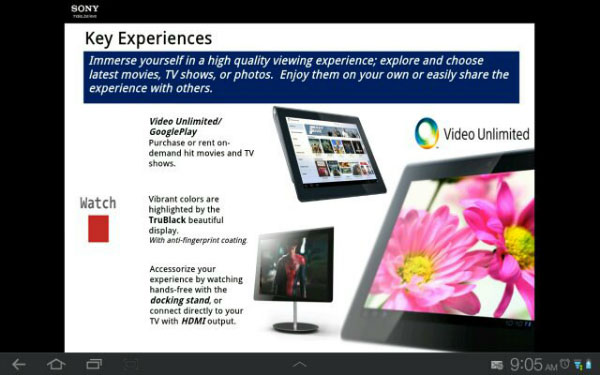 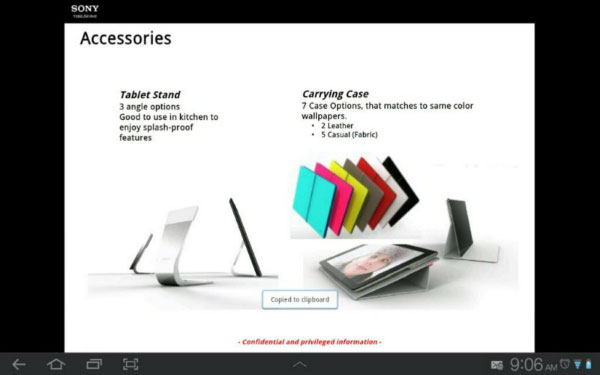 In terms of what version of Android this device will be running, the listing states that the Xperia tablet will have Ice Cream Sandwich (Android 4.0) installed out of the box although we suspect Jelly Bean will be available as an update fairly quickly. One other feature to note is that the Xperia tablet is slated to be 42% thinner than the S Tablet which will be a nice change. 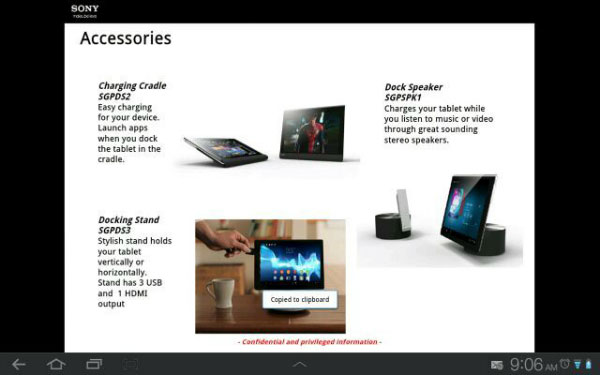 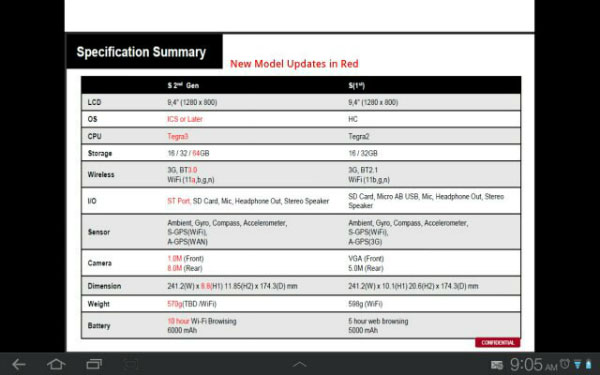 Pricing wise we are looking at $449.99 for the 16GB model, $549.99 for the 32GB, and the 64GB model will go for $649.99. That isn’t too bad at all pricing-wise for these tablets. Since Sony is releasing this tablet, you can be sure it will also be Playstation Certified as well which is a nice little bonus. So, who is all interested in this tablet, not considering some of the issues the S Tablet had?