The first couple of weeks after Christmas are always quiet in terms of new releases, but there are a couple of promising prospects in this week’s list. Asdivine Saga is another helping of likeable, cutesy JRPG fun from Kemco, while Ronin: The Last Samurai could well be one of 2021’s first surprise hits.

There are plenty of events to dive into, and some huge updates to explore – not least one that lets you occupy space stations and control regions of nullsec. Good luck with that!

Kemco has about a million RPGs on the Google Play Store, all of them superficially – and actually – quite similar. Asdivine Saga is the latest. Set in a cutesy fantasy universe, it sees you playing as a dude with a party of three comrades trying to save the world – and maybe build a loving relationship in the process.

The product of sudden COVID-related unemployment, Choppy Waters is a playful and fairly polishing casual endless-swimmer in which you play as a curiously hydrophilic cat, dodging various aquatic hazards as you swim as far as you can.

Mad Cars is an innovative and extremely simple casual auto-runner in which you have to steer a car past various hazards on a road. The twist is that you collect additional cars as you drive, and these fall away as you ram into obstacles. The trailer covers it.

Already causing something of a stir on the Google Play Store, Ronin: The Last Samurai is a gorgeous swordfighting game with a painterly art-style – a bit like Okami. It sees you parrying, chopping, busting out skills, and generally being a katana-wielding badass.

Season Five has begun in KartRider Rush+, and this time the racing takes place in space, on two new tracks surrounded by floating debris, satellites, and distant planets. There are new racers too, plus a new kart and a brand new Energy Arena mode, where you can take on other players for leaderboard glory and rewards.

It wasn’t that long ago (November) that Skylanders Ring of Heroes got a massive, game-changing overhaul. Its developers have been busy, though, and the latest update adds a ton of new stuff, including a new Battle Mode, a Sky Tower Arena, and a scattering of special events through which you can earn items and summons.

The latest EVE Echoes update is a doozy, adding a whole new dimension to the gameplay. Thanks to the update – which is called Indomitable – players can now create and occupy space stations in nullsec, allowing them to putatively control regions of the game universe. The maximum fleet size has been increased to 50, too, among other tweaks and improvements.

Line Games’s popular casual shooter is currently holding a New Year login event. Running till the 30th of January, the event gifts every player who logis in a New Year’s Costume, as well as a ton of rewards including 1m Gold, three Stalight Orbs, and the Crest Completion Scrolls.

The latest Teppen content drop, named the Battle of Amatsu, adds the demon queen Oichi. Oichi is a widow whose tragic loss drives her mad. And evil. Her abilities include Dancing Dead, which deals damage to your opponent equal to the number of unit cards in your graveyard. The Battle of Amatsu, in case you care, takes place after Amaterasu’s battle with Oda Nobunaga. 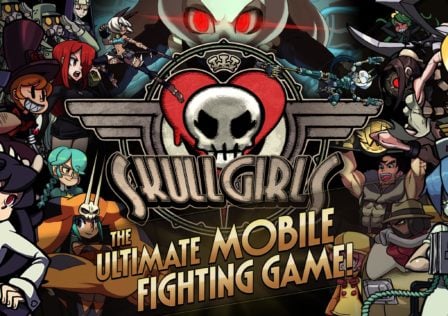