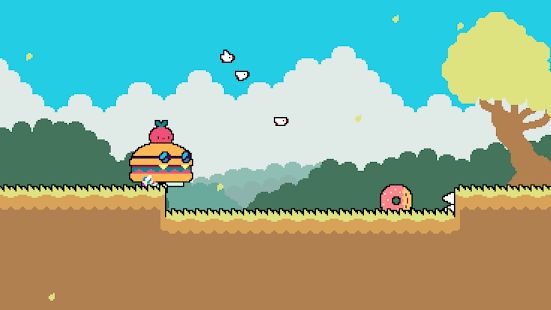 It’s been another solid week on the Google Play Store. Several games have made it across from console, including SpongeBob SquarePants: Battle for Bikini Bottom, Flipon, and Suicide Guy, while one – Princess Connect! Re: Dive has made it all the way from Japan.

There’s a dose of experimentation in Wallace & Gromit: Big Fix Up, and a serving of confectionary-based charm in Cookie Run: Kingdom. But sitting astride them all like a triumphant MMA fighter is Dadish 2, which you can have for free.

You can tell a game has made it when it spawns sequels in other genres. Endless-running platformer Cookie Run is the latest series to achieve this feat, with Cookie Run: Kingdom taking the franchise into city-building RPG territory. There’s a huge campaign to work your way through, plus PvP battles, all dressed in gloriously colorful, polished graphics.

Originally released in the early noughties, SpongeBob SquarePants: Battle for Bikini Bottom has a history of being shunned by critics and loved by gamers. The “Rehydrated” re-release of this vibrant underwater action-platformer came to consoles last year, and it’s now available on mobile too, complete with controller support.

Another console game that found a new home on mobile this week, Flipon is a colorful matching puzzler in the style of Tetris Attack and others. It’s made up of 75+ levels, and features a cast of cartoonish characters, as well as some refined and accessible arcadey, puzzley gameplay.

Princess Connect! Re: Dive is a massive hit in Japan, and the pre-registration campaign for its global launch attracted a huge amount of interest. It’s a gacha game with 50 different heroes to collect and then battle. You know the drill. It’s familiar fare, but it has a track record of success and the graphics are terrific.

Suicide Guy is not a game about a man committing suicide. That would be weird. Instead, it’s about a sleeping man who is aware that he is about to spill the beer he is holding, and so must work out how to kill himself in a series of dreams in order to return to the waking world. Each of these dreams is a distinct puzzle stage, which you have to solve in first-person.

Ooh, cracking. Wallace & Gromit: Big Fix Up is an ambitious AR project from Pictioneers that boasts the involvement of the great Aardman Studio itself. This star-studded adventure boasts a number of interesting features like mixed reality, fake phone calls, and a generous sprinkling of that Aardman Charm.

Dadish was one of our favorite games of 2020, and Dadish 2 was one of our most anticipated games of 2021. We didn’t have to wait long. This charming sequel does exactly what a sequel should, serving up another helping of pristine platformer action with a few tweaks, embellishments, and new additions to keep things fresh.