Young readers might wonder why the internet is filled with so much lament over the fallen blue hero. Sonic The Hedgehog has become the mascot equivalent of Val Kilmer, depressing us with his bloated antics. Dozens of failed games, countless reboots, and now the Sonic Boom atrocity have all but killed this once great franchise. Sega has even announced they’ll no longer be making console games and be focusing only on mobile and PC markets.

It wasn’t always like this. Sonic was once the crowned king of video games. He even came coming close to de-mantling the plumber himself.

The year was 1991, and Sega and Nintendo were battling head to head for console supremacy. The Sega Genesis had been out for two years and had taken a huge amount of Nintendo’s market. It boasted better graphics, more processing power, and a more adult attitude than the NES. When Sonic the Hedgehog was released on June 23rd the Super Nintendo was still a few months away. The time seemed perfect for Sega to carve out a powerful mascot of their own.

Sonic The Hedgehog was about more than just great platforming. It became the center of a mantra Sega would force down kids throats for years to come. He was faster than Mario, jumped higher than Mario, and most importantly was cooler than Mario. The core of Sega’s marketing became about being better than Nintendo. This was epitomized with their slogan ’Genesis does what Ninten-don’t’.

Attitude aside, Sonic was truly a great game. It differentiated itself from Mario with its incredible speed. He challenging players to make it to the end of a level as fast as they could. Sega lied that it was only possible due to their ‘blast processing’ technology, which inevitably proved to be nothing more than a catch phrase. 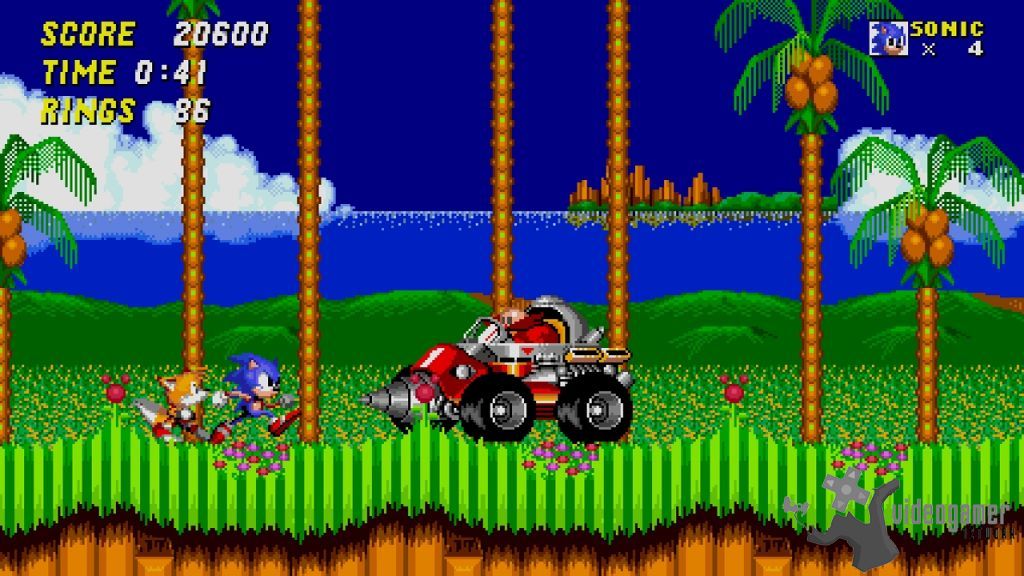 In November 1992 Sega released Sonic The Hedgehog 2, which went on to become the second best selling game of the console. It improved greatly on the original and introduced Miles Tails Prower as a playable second character. Once again the duo were tasked with taking down the evil Dr.Robotnik and collecting the chaos emeralds along the way.

This was the peak of Sega’s power. They overtook Nintendo in console sales (covering 65% of the market). For the first (and only) time became the worlds dominant video game company. Genesis was outselling Super Nintendo at a rate of 2 to 1 during the holiday season.

By the time Sonic 3 rolled around it seemed like Sega was unstoppable. They even convinced the King of Pop (Michael Jackson) to design the soundtrack for Sonic 3. This became a secret that would remain hidden until very recently. Sonic 3 introduced Knuckles to the family, and remains one of the greatest 2D platformers of its generation. With Sega CD on the horizon promising to change video game forever, it looked like nothing could stop Sega’s domination of the market.

Next week in part 2: The Beginning of the End.

*Please note that you can actually play many of the great games mentioned in this list on your Android device. Sonic 1, 2, and more are all available on the Google Play store*