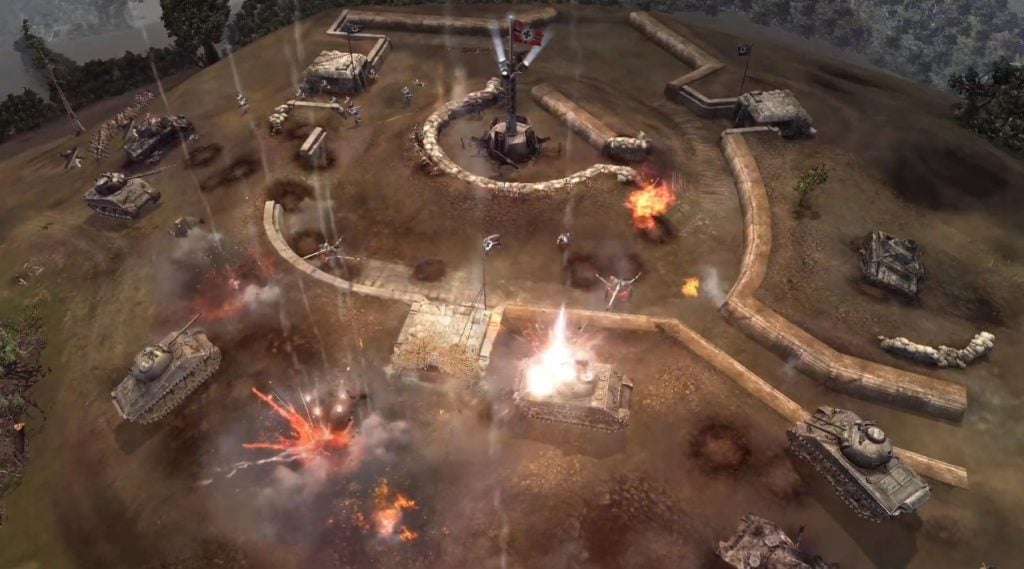 Yesterday we published what historians are already calling the most threadbare roundup of new Android game releases ever to grace the internet.

Fortunately, the weekly Droid Gamers headline roundup is here to remind us that there’s always something awesome just around the corner. This week we’ve got everything from new Clash games in the works, a release date for Opposing Fronts, and a huge content update for Among Us.

To check out best new Android games of the week, such as they are, check out yesterday’s article.

Clash of Clans and Clash Royale are two of the biggest and most influential free-to-play titles on mobile, so when developer Supercell announces that it’s currently working on three additional Clash games, we sit up and listen. Those games are Clash Quest, Clash Mini, and Clash Heroes, and they are a turn-based tactical adventure game, an auto-chess game, and an action-RPG respectively.

We decided to round-up some of the new games coming to Android this month, to help everybody keep track. It’s only a snapshot, though, so we invite everybody to add to the list in the comments below. April is looking like a solid month, incidentally, with the follow-up to Company of Heroes and a new MMORPG from Rovio.

What is First Contact Day? How can you even ask that question, after all this time? Fine, we’ll go over it again. First Contact Day is the annually celebrated anniversary of the day that human beings and Vulcans first made contact with each other, on the 5th of April 2063. To mark the occasion, Star Trek Timelines is giving away goodies.

Among Us, the simple multiplayer game that became a global sensation a couple of years after launching, has just got a new map. It’s called Airship, and it’s the biggest one yet. Developer Innersloth has also applied some online safety features, and users don’t seem to be thrilled with the new restrictions if the comments are anything to go by.

The First Samorost Game Is ‘Coming Soon’ to Android

Releasing a series of games backwards, from 3 to 1, is such an Amanita Design thing to do. Samorost 3 was the first in the series to be ported to mobile, then 2, and it looks like the first game is imminent. Created as a university project in 2003, Samorost is a distinctive and atmospheric adventure game about a spacefaring gnome, and it’s not easy to find these days so this new mobile port is welcome.

Not to be confused with the recently unveiled PAC-MAN AR, PAC-MAN GEO is a location-based take on the Pac-Man format that uses Google Maps data to create custom mazes based on real places. You can chomp your way through Vegas, Paris, London, or wherever. And now there’s a hand World Tour Mode, letting you visit the world’s leading attractions in one fell swoop.

It’s not common practise in military circles to announce the date of an impending invasion, but Feral Interactive has done just that with Company of Heroes: Opposing Fronts, the huge, sweary expansion to the seminal Company of Heroes. While the original was available as a standalone, the mobile port will only be available as DLC, costing a very reasonable $3.99.

At long last, the Bad Seed DLC has arrived in Dead Cells. This acclaimed expansion gives you two new areas – or biomes – to explore: the Dilapidated Arboretum and the Morass of the Banished. In addition there are new weapons, NPCs, and a gross boss called Mama Tick. To tempt you through the door, Playdigious has cut the price of Dead Cells from $8.99 to $4.99.

League of Legends: Wild Rift set off on its journey from east to west at the end of 2020, travelling at roughly the pace of Phileas Fogg. It took in the sights and sounds of Europe and the Middle East earlier this year, and finally the game has landed, albeit in open beta form, in the Americas. Along the way it accumulated all sorts of tweaks, patches, and content updates, and it’s looking swell.