As I mentioned in the World of Dragons article about browser-based MMORPGs jumping into the mobile arena as one of the next trends, today an announcement was made that indeed another has made it’s way to mobile. While not the graphically pretty kind it is a great old school RPG game, called Lands of Hope, which you can now play via your Android browser.

The mobile version of the game has just about all the features of the main version of the game which you play via your PC’s browser. You can craft items, quest, chat and do pretty much everything you would do while sitting at your PC but using your phone. The game itself is actually quite extensive with a lot of items, spells and quests to contend with. The ‘client’ is a multi-window setup so you have the majority of information readily at hand but in the mobile version this is a bit scaled down to not be clustered on your screens. 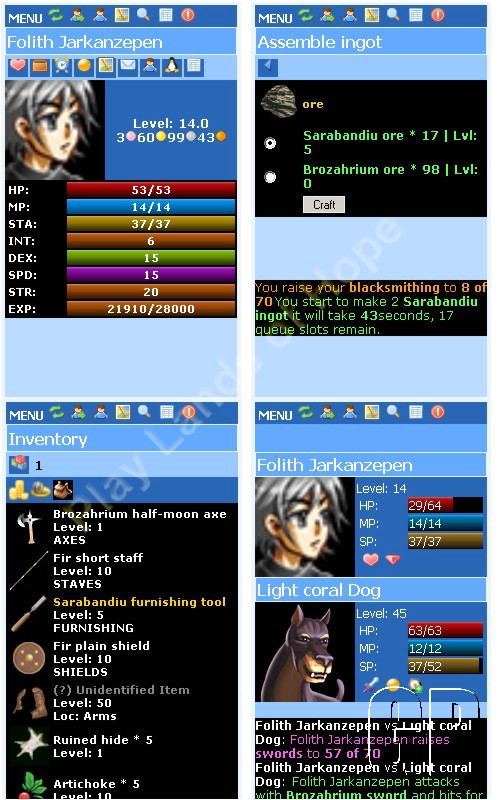 There is nothing to install, all you have to do is head over to the mobile version and sign-up (unless you have a PC account already then you can use your existing account). You can also check out the Beastiary, Items, Skills, Spells and pretty much everything else by heading over to the main site and checking out the library. 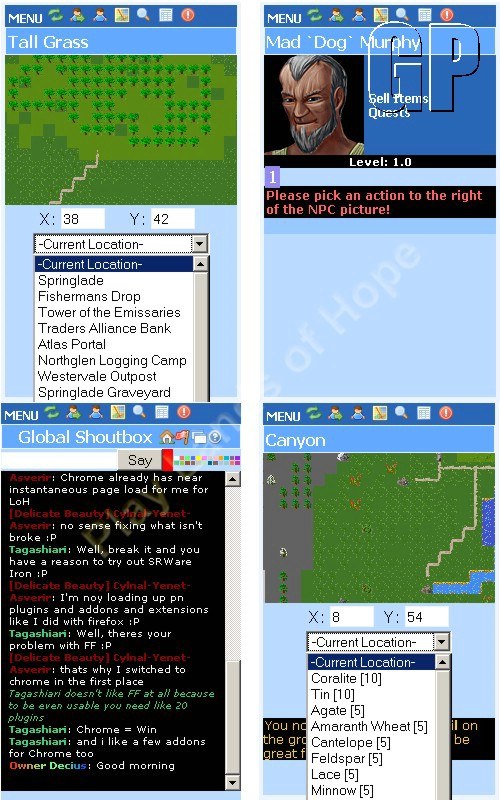 While, as I mentioned, this isn’t the most graphically delicious MMORPG out there it certainly is extensive in all other areas. Something to consider while waiting for Vendetta Online or World of Dragons to release their clients for Android. I’m sure this trend won’t be stopping anytime soon as I’m going to take a wild guess here and say that there are a lot of companies right now considering making mobile versions of their MMORPG games, 3D or otherwise.