The highlights of 2012 and the Android gaming news that happened

It’s safe to say that this year marked major leaps and bounds for the Android platform. On the technical side, Jellybean demonstrated the maturity of Google’s OS, visually smoothing many jagged edges and packing MORE new features which Apple will inevitably emulate and sue for. Most notably for gamers, multi-user profiles gave way to sighs of collected relief as roommates everywhere can now stop “accidentally” deleting game progress by starting new games; parents can now finally fork over their slates to their kids without the fear of their little ones finding… in-app purchases.

DroidGamers takes a couple of notable news from this year into one digestible form. Missed one? Let us know in the comments below. Hopefully 2013 is as exciting.

We’ve warmed to the idea that yes, Android gamers will never receive the same amount of third party support as Apple but so far, we’ve managed. As per usual case, if there’s no Android port you can bet Glu, Gameloft or some other developer will pick up the slack. Upon the release of Epic Games / Chair Entertainment Infinity Blade many Android gamers sought for similar gameplay (which simply is Fruit Ninja with a story). Thanks to games like Death Dome, Blood and Glory (both one and two),Dragon Slayer and Avengers Initiative, the envy has somewhat been qualmed though if the continued trend releasing a flurry of  games in the genre can only lead into stagnation. Let’s hope 2013 won’t see hack and slash as the new tower defense.

Let’s see you finish this game without any IAPs

Seems like Madfinger Games can do no wrong. After a successful 2011 (Shadowgun/Samurai II Vengeance) the Czech based developers hinted at a freemium title in our interview. We were a bit perturbed but hey, these are the folks behind the awesome Shadowgun, what can go wrong?

Well a lot in fact. After teasing us to death with Dead Trigger, the company finally released the game with much hype — and to the disappointment of many. Upon purchasing the game for a reasonably priced ($0.99) gamers were surprised to find that the game went the way of Zynga and contained dreadful IAP’s. This might not be a big deal to some, but usually dropping a few dollars means paying for a full gaming experience without constant barrages of ads or mindless grinding.Couple this with failing to inform consumers about IAP’s led to some vocal outcry.

The combination of overwhelming piracy, and user complaints, forced Madfinger to rethink their model and promptly dropped the price of Dead Trigger and focus solely on IAP.This controversial move pissed off a lot of launch day consumers and set off some heated debates. Fortunately Madfinger’s apology package treated early adopters with bonus weapons and a handful of in-game goodies. Now that the controversial dust has settled, Dead Trigger has emerged as one of the best free to play games on the market. Taking a page from Rovio, Dead Trigger introduced seasonal updates which kept the game from becoming too stagnant. Also it doesn’t help that Dead Trigger played like COD Zombies on mobile than COD Zombies did ever did. 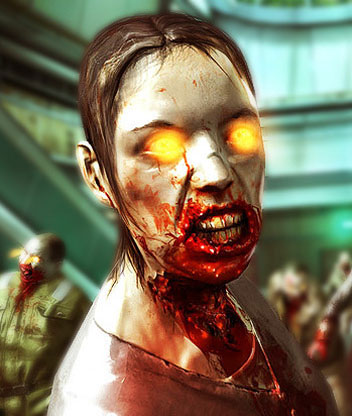 She’s actually quite nice once you get to know her.

NVIDIA proved that Tegra games are not a passing fads. Though lacking Tegra exclusive in comparison to yesteryear, more and more games packed in extra content and or enhanced edition (usually in the form of graphical upgrade) making the Tegra powered devices a viable choice for gamers. Though lack of unoptimized games crippled many of popular titles. What should have been very capable devices struggled to run graphic extensive games. Gameloft games on Nexus 7 anyone?

2012 saw the jump in controllers as third party manufacturers attempted to deliver console like controls for your smartphone or tablet. Zeemote, MOGA (read our review, here ), Nyko and SteelSeries introduced different designs to take your gaming on the go.  Manufacturers got really crafty, with some letting you slap the controllers and buttons using a suction cup. Other’s took your pre-existing console controllers and turned it into a mobile gamepad while another hopes to turn your phone/tablet into a pocket console (isn’t it already?). Why not just stick one in your keychain? Oh hell why stop there, why not outright take the Vita’s design and sugar coat it with Android and hope for the best.

However most of the same problem persist throughout third party gamepads: compatibility. Most require a mandatory apps install or re purchasing titles from their own market to make it work. Though thanks to apps like and Bluez IME  it’s somewhat manageable. Of course popular Sixaxis is still fan favorite.

Though we’ve yet to find that sweet spot between portability and tactile control  it’s clear most mobile gamers (according to you guys anyway) are clamoring for one thing: better controls. 2013, is looking to be another great year for third party hardware as many indie manufacturers have rolled some ideas, my personal favorite, Phonejoy, which recently hit its mark of $50,000. Speaking of Kickstarters…

It seemed like every other day a new Kickstarter project grabbed tech headlines. Thanks in part to these crowdfunding websites, we’ve been presented with products ranging from the weird and the weird-er (but awesome).

We’ve seen major game developers hit the crowdfunding sites to rounding uccess. Developers like Double Fine and Tim Schafer pulled in over whopping $3 million in funds. That’s more than tripled their initial pledge goal ($400K). Indie games also saw some successful pledges such as the Zombified version of Oregon Trail but nothing came as close to Ouya.

What more can be said about this project? In short, Ouya’s resounding success could mean trouble for the three current kings of consoles. The Android based console received a mind boggling $1 million worth of pledges eight brief hours after being posted on Kickstarter. To date it received over $8 million in funding, making this one of the fastest and most successful crowdfunding ever. Developers have already expressed some interest and companies like Square Enix have announced major franchise will be making its way to the console.  Will this budget ($99) console deliver? The pressure is on. 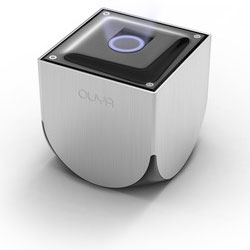 Not convinced? Game streaming OnLive will also make its way to Ouya and should bridge the interest of hardcore gamers looking to play a little more “mature” title than Angry Birds.

Like Ouya, OnLive was poised to disrupt the gaming landscape. Dubbed the Netflix of gaming, the company offered to stream games right to your tv, smartphone or tablet. Unfortunately due to bandwidth limitation and a series of bad moves the streaming company was hit with a strong blow,facing layoffs and was thought to shutter its door. Today the service is still going strong. Hopefully the 2013 and Ouya will find the service with more subscribers.

Game’s are getting larger. Google yawns.

Nothing is more annoying than managing and deleting files just to make space for a game you may or may not actually enjoy. Game’s like Modern Combat 4, Bard’s Tale, Need for Speed: Most Wanted and high caliber titles are becoming more common. These highly produced games clock in between 500mb to 3 GB of of soul sucking memory. When managing storage memory becomes as difficult as choosing a morning outfit, it’s in the best interest for both manufacturer and consumers to sell and buy devices with larger memories.

Dan Morill Google Engineer for Android reports the lack of external microSD slots on their line of Nexus:

“We got tired of seeing OEMs include many GB of internal storage for music, while users were still running out of space for apps and data. This approach lets us merge everything on one volume, which is way better.” 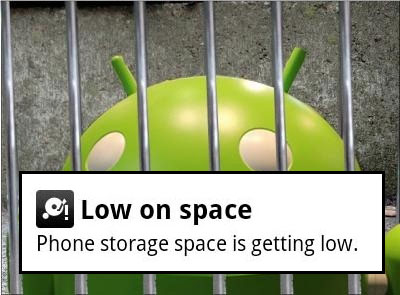 That’s a neat idea, but 8 to 32 GB is no longer going to cut it when you factor in photos and videos. Not to mention apps and music can take up more chunk of those precious memory. Cloud storage isn’t a viable option when consider carrier data limitations. Hopefully this year’s  Nexus line sees the return of external memory slots or larger capacity device.

Ingress – This (closed beta) location based MMO quickly caught on and got gamers off the couch. The concept of real world location is nothing new, but Ingress offers a faction system where players can choose to side with the Resistance or the Enlightened. I’m still waiting on my invite.

Zynga – Once a social gaming titan, Zynga is quickly struggling to sustain casual gamers. If you can’t beat em, buy em. And that’s exactly what they did. Even after acquiring the popular Draw Something for $180 million the once Facebook gaming developer failed to reach the same heights of years past. The company was forced to shut down 11 games and layoff 5% of the work force.

Obviously this isn’t just it for all the interesting news that has happened in 2012 for Android gaming. Have something different that you found equally interesting? Let us know in the comments below what your 2012 highlights are.