With news coming out yesterday that the Forge TV is no longer for sale on Google’s Store, everyone has been speaking the inevitable doom of the company’s set-top box. We mentioned it didn’t make sense that after Razer’s purchase of Ouya that they would just simply let their Android TV initiative die and that perhaps they were getting ready for a new release for the Forge TV or another similar device. As it turns out, that could be exactly what they are doing.

After news spread regarding the Forge TV no longer being available on Google’s Store and the inevitable doom of it all, Razer actually reached out to Engadget to release a statement. According to the rep, Razer is actually ‘doubling-down’, with the Forge TV being a sort of spiritual successor to the Ouya. Granted it would need to be purchasable so how that will work remains to be seen.

Following our acquisition of OUYA, we’ve been focused on integrating the content we inherited and building a spiritual successor to OUYA with the Forge TV. We’re doubling-down on Android gaming in the living room and looking forward to producing the world’s largest library of Android TV games, from AAA to indie. Concurrently, we are working to ramp-up production to address present demand and should have more news to share soon.

So, if we think about the past events recently, with the Forge TV no longer being for purchase on the Google Store and only available on Amazon and Razer themselves, it would seem like the move is to clear out their stock and eventually getting ready to release a second version of Forge TV. Thoughts? Let us know in the comments below. 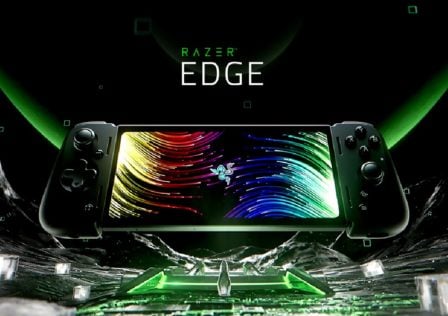