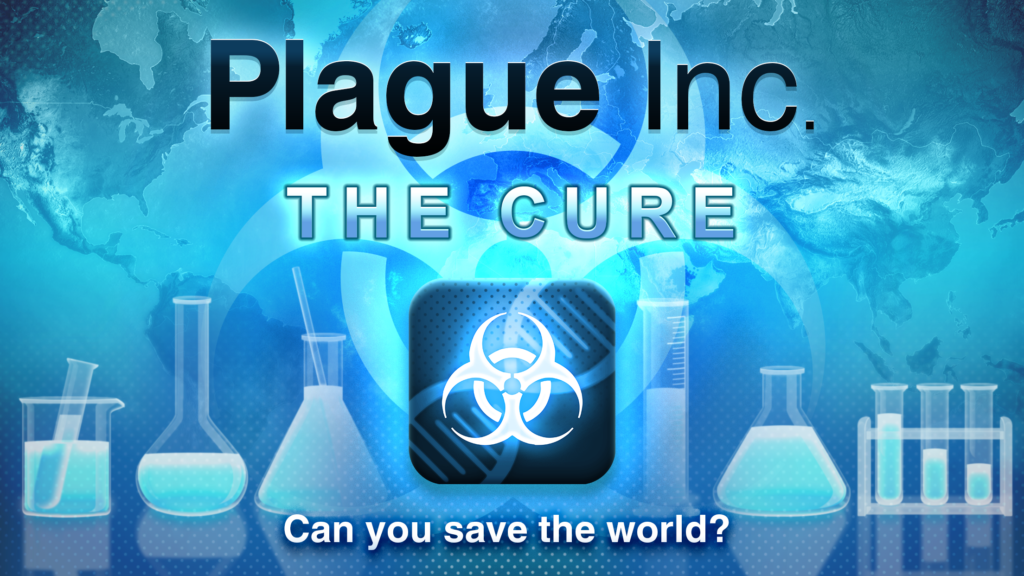 It’s been a bumper week for new games and sales, but the highlight for us has to be the timely release of Plague Inc: The Cure. When Ndemic announced that it was working on a disease-busting update way back at the beginning of the year, it would surely have been delighted to know that the launch would coincide with real-world vaccine announcement from Pfizer/BioNTech.

In terms of sales, it’s a bit of a “greatest hits” week, with a number of discounts that crop up every month or two, including a half-price Icewind Dale: Enhanced Edition and a modest but tempting reduction in the price of Dead Cells.

Everyone needs a gimmick. In the case of A3: Still Alive, yet another free-to-play mobile MMORPG, that gimmick is an always-on open-world gameworld in which the gameplay can feel more battle royale than World of Warcraft. But there’s also plenty of raiding and looting for the RPG aficionados among you.

The graphics budget for Pitch Black: A Detective’s Demise is basically zero. Instead, developer Purple Jam has thrown everything at story and audio design, resulting in an innovative whodunit set in the bleakly futuristic District 5, and the mean streets of Dusklight.

MO: Astray is a puzzle-platformer from Rayark, the studio responsible for rhythm-action games like Deemo and Cytus. It’s a departure in terms of genre, but the team appears to have pulled it off. You play as a charming blobule navigating an abandoned laboratory in search of, what else, answers.

Talk about good timing. In the week that Pfizer announced its 90% effective Covid-19 vaccine, developer Ndemic has launched its long-awaited The Cure expansion for Plague Inc. The Cure flips Plague Inc’s gameplay around, challenging you not to spread a deadly pathogen but arrest its spread and send it back into the viral underworld whence it came.

Warpath, from Lilith Games, is an alternate reality WWII strategy game in which your enemy is the brainwashed Raven Faction – as if the SS wasn’t enough to worry about. It’s now in Open Beta, and if you download it now you can take part in an Attack Raven event for extra rewards.

It’s amazing what they can do with phones these days. Shadow Fight Arena is an absolutely stunning PvP brawler. The game sees you building up a team of three fighters and taking them into battle with other players online. Your prize? Loot, of course, to spend on rad fighty stuff. It’s free to download.

Worms 2: Armageddon, the classic multiplayer worm-hurler from Team 17, is less than a buck right now on the Google Play Store. It’s a game that needs no introduction, but we will mention in passing that there’s online and local multiplayer, a solid single-player campaign, and plenty of invertebrate carnage.

This is The Police

No stranger to the bargain bucket, This is the Police is HandyGames’s ode to gritty, morally complex cop dramas of yore. It sees you playing as a police chief on the verge of retirement and in need of a large pile of cash to see you through your autumn years. How you get it is up to you, but corruption and criminality are very much on the menu.

Just a few short weeks after it received a massive Legacy update, Motion Twin’s absolutely awesome Dead Cells is on sale. Labelled a “roguevania” by its creators, Dead Cells sees you playing as a failed alchemic experiment, occupying the bodies of other organisms as you attempt to escape a gloomy island. Pick it up right now for just $5.99.

File this one under “Halloween stragglers”. Distraint: Deluxe Edition, from acclaimed indie developer Jesse Makkonen, is just 99c right now on the Google Play Store. This stylish 2D pixelart adventure game sees you solving puzzles as you explore a gloomy, psychologically unsettling gameworld in the shoes of an ambitious young man called Price.

True quality holds its value. You can tell because Icewind Dale: Enhanced Edition – an updated version of an isometric RPG that came out all the way back in 2000 – costs the comparatively princely sum of $9.99 on Android, despite its advanced age. You can often pick it up for half-price, however, and this is one of those occasions.

This is a neat offer if you’re a YouTube Premium Subscriber, though availability is patchy. Basically, it’s a free Stadia Premiere Edition, plus a Google Chromecast Ultra. It started in the UK, before running out of stock. Then it expanded to the US, where it also ran out of stock. But YouTube subscribers in Canada and various EU countries are apparently next in line. Just keep checking.